There are so many varities of espresso that it can get quite confusing. You’ve probably heard of espresso, ristretto, long black, and lungo. So what is a lungo? That’s what we aim to help you become an expert on in this post.

The difference between a lungo, espresso, and ristretto is quite minor but the taste is very different as a result. Making a lungo is also pretty easy, which we’ll cover as well. 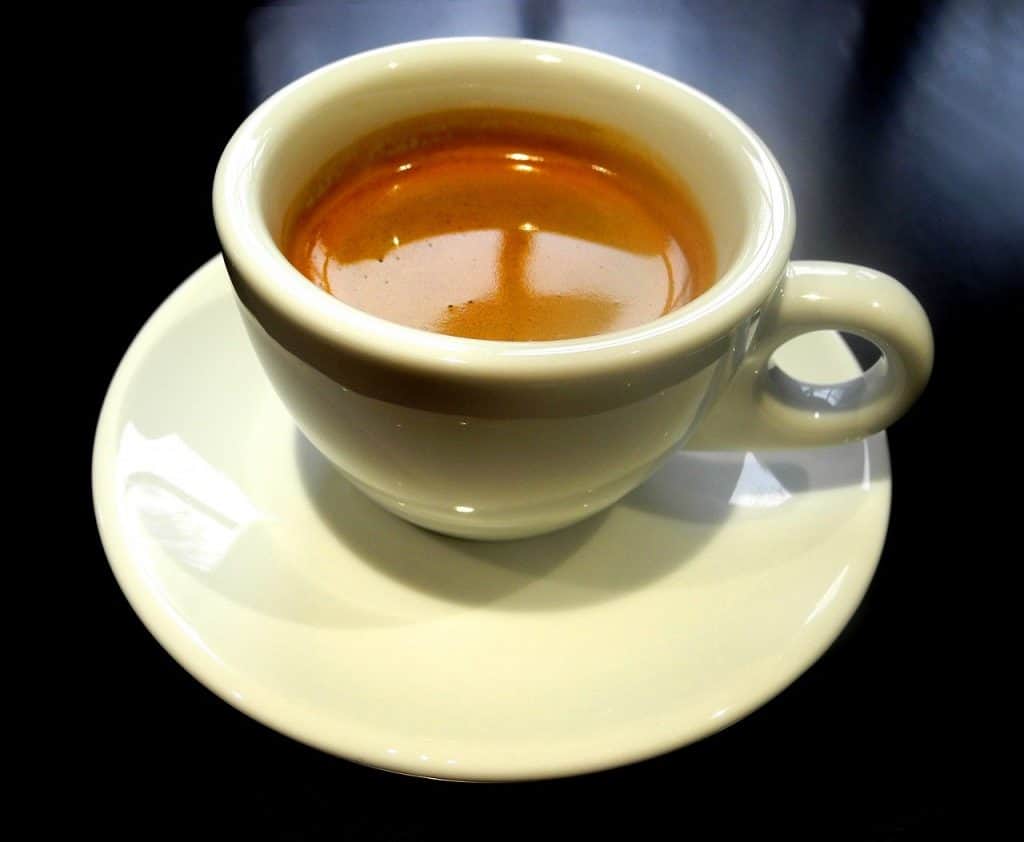 What does lungo mean?

Understanding the meaning of the word will go a long way towards understanding the drink itself. In Italian, lungo means long. So essentially a lungo is a longer espresso. By longer, we mean both the volume of the drink as well as the extraction time.

How to make a lungo

Making a lungo is very easy! By simply adjusting the amount of hot water you use, you’ll pull a longer shot by default, and it will also end up taking a little more time too.

A typical espresso shot is pulled with around 50 ml (1.5 ounces) of water and takes 20 to 30 seconds to pull. There are a few more factors that determine the pull time, such as the fineness of the ground coffee and how tightly you have tamped it.

A lungo uses 100 ml (3 ounces) of water. Since there is double the water, it takes nearly double the time, 1 minute to pull a lungo shot.

You’ll need a bigger cup to drink a lungo shot, as a typical espresso shot glass will end up overflowing!

It’s pretty easy to make a lungo with a home espresso machine. Just use enough coffee for a single shot of espresso(!5 to 20 grams) and use the double shot button to pull more hot water through it.

If you have a Nespresso machine, Nespresso makes special lungo pods you can use to pull the shot.

The most fun way to make a lungo is using a manual espresso machine, of course. By pulling the lever yourself you’ll be able to notice the longer extraction as you slowly pull down the lever and get all the water through the coffee puck into the cup below.

Aside from the amount of water and the extraction time, everything else is the same as it is for an espresso: the amount of coffee grounds, the fineness of the grind, and the pressure with which you tamp does not change.

A lungo tastes much milder than a shot of espresso due to the fact that you’re using the same amount of coffee grounds with more water.

While the overall intensity is less, the longer extraction does end up making it a little bitter.

Bitterness is a result of over-extraction. Most of the bitter-tasting compounds come out later in the brewing process. So the longer you brew, the more bitter your coffee will taste. By doubling the brewing time, you’re getting more bitter compounds into your brew.

This is not an entirely bad thing, as many folks prefer the bitter taste of a lungo.

Finally, it’s not fair to say that a lungo is half as strong as an espresso. This is because you’re pushing water through the coffee grounds and changing the brew.

A half strength shot would hypothetically be an espresso shot that has been diluted with an additional 50 ml(1.5 ounces) of water! That’s just a long black, then.

It’s tempting to assume that a lungo has more caffeine than a regular espresso. However, this is unlikely! Caffeine is one of the first compounds to be extracted, and the extended brewing time does not do much for caffeine extraction.

For more caffeine, you’d have to use a different bean that actually has more caffeine. Alternatively, you can try drinking an Americano with a double shot of espresso for a bigger hit.

What is the difference between a lungo and americano?

Since we’re adding more water to your coffee, you may think that a lungo is just an Americano or a long black. That’s actually not the case, and for one important reason.
To make americano and long black, you add the extra water after the brew has completed. So you are essentially diluting your coffee shot.
A lungo uses more water during the extraction process itself, which results in a different chemical composition altogether.
An americano will have the sweetness of espresso without the bitterness of a lungo. It actually tastes much more like regular drip coffee.

What is the difference between a lungo and a ristretto?

What is the difference between a lungo and a latte?

Lungo and latte are two very different drinks! A latte is a shot of espresso mixed with steamed and foamed milk. A lungo is just a longer version of normal espresso.
To make things interesting, you could just a lungo instead of an espresso in preparing your latte.

Hopefully this cleared up some of the confusion behind what a lungo is. Should you try it? Of course! It’s always fun to try new variants of coffee. You may find a new favorite when you try something new.

Bear in mind that the flavor will be significantly different from that of an espresso.

If espresso shots are too short for you and you want something that will last a little longer, and you don’t mind the extra bitterness, a lungo is worth trying.

In fact, there was a time I used to have lungo in the morning as espresso was too intense for me and I wanted something that would last longer than a single shot that would dissappear within seconds!