Cold brew is all the rage, so it’s no surprise that Starbucks jumped on to the bandwagon with their own beverage called Starbucks nitro cold brew. In this post, I’ll review the beverage and share my thoughts on it.

I am a huge fan of cold brew coffee, and while most Starbucks beverages are over-sweetened and not always fresh, the nitro cold brew was actually surprisingly refreshing and smooth. 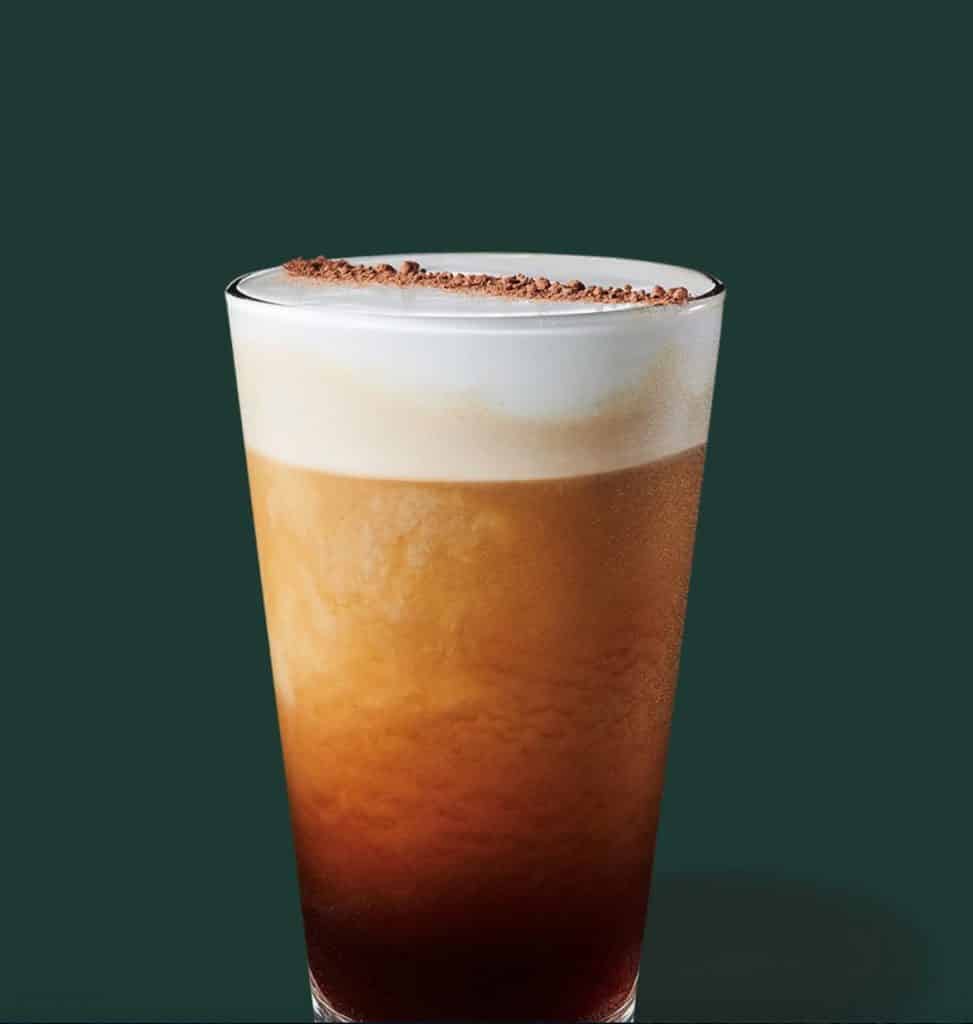 What is Starbucks nitro cold brew

The nitro factor is an addition where nitrogen gas is bubbled into the beverage, resulting in a foamy, frothy texture at the top that really adds a whole new dimension to the drink.

Is it iced coffee?

Starbucks nitro cold brew is NOT the same thing as iced coffee. In fact, they’re polar opposites! Iced coffee is simply an espresso shot or a regular brewed coffee served over ice to cool it down.

Cold brew on the other hand is brewed in room temperature or cold water over a period of 12-16 hours, as we mentioned above.

Additionally, iced coffee will not have any added nitrogen or carbon dioxide, either.

Finally, nitro cold brew is usually served without ice because the coffee itself is quite cold, but if you choose to add ice, you can certainly do so. My only gripe with adding ice is that it will dilute the flavor of your coffee quite significantly.

Cold brew coffee in general has all the good tasting elements of coffee – the aroma, the floral and fruity notes, and the refreshing factor, and does not have any of the bitterness or acidity that you sometimes find in hot coffee.

That’s not to say that it isn’t an acquired taste. If you are not used to drinking regular coffee without sugar, you may find the taste of cold brew too overwhelming and be tempted to add sugar or milk.

It’s kind of refreshing like the way iced tea is, except it has a boost of caffeine, the bold coffee flavor we all love, and minus the metallic/acidic/bitter taste of hot tea and coffee.

Plus, the added nitrogen foam makes it something entirely new altogether. It just adds a really awesome dimension of smoothness and creaminess and the sensation of the thousands of nitrogen bubbles popping on your tongue and in your mouth is really sensual.

Should you add sweet cream?

I bought the regular nitro cold brew, and decided to try a sip from my cousin’s drink just to get a taste of how it is with sweet cream. I found that the sweet cream totally overpowered the taste of the coffee and for me, just destroyed the point of drinking cold brew.

I may as well have ordered a cold cup of cream instead!

What sizes are available?

It really depends on how you define “strong”.

Is it intense? Yes.

Is it bitter or acidic? No.

It’s certainly strong in terms of caffeine. As it is, cold brew tends to have a slower and longer lasting release of caffeine in your body than regular joe.

The final few sips of only foam are also really cool.

I am not a fan of most Starbucks drinks, but I was really pleasantly surprised at how good the nitro cold brew was. Even though you can make cold brew at home, it’s not easy to make nitro coffee unless you have very specialized equipment.

The next time you pass through a Starbucks, I definitely suggest popping in for a cup of nitro cold brew from the tap.