As soon as you become more familiar with various types of coffee, you may come across terms such as espresso and ristretto. Now, this can become quite complicated, especially if you do not know what espresso or ristretto means.

Let’s talk about the differences and similarities between ristretto vs espresso. 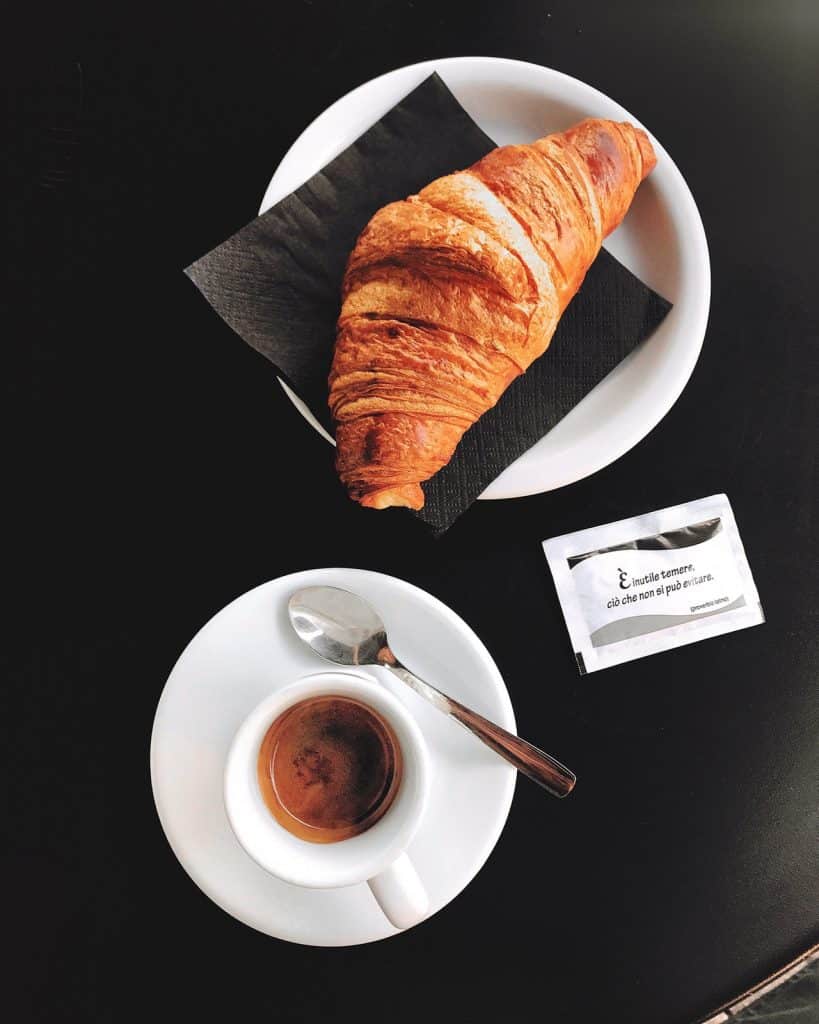 Ristretto vs Espresso: What’s what?

Espresso can be described as a 1.5 ounce shot of strong coffee with a characteristic intense flavor. To make an espresso, you will need finely ground coffee.

The finely ground coffee is quickly put through an espresso machine and hot water is forced through the puck under high pressure. The result is a shot of espresso.

Because of the unique way the hot water comes into contact with the coffee, the shot will consists of a dark body and a light crema on top of the beverage.

The aroma and flavor profile of the shot is also quite distinctive.

There are many similarities between the espresso shot and the ristretto shot, as the coffee goes through the same high pressure process as the espresso.

However, the ristretto uses less water and has a shorter extraction time. When the ristretto shot comes out from the high pressure extraction, it delivers a much more intense taste.

In addition to that, ristretto means a finer grind too. Espresso shots are always made with fine ground coffee, but ever finer ground coffee for ristretto.

What other coffee can I make with an espresso machine?

If the ristretto or the espresso is a little too strong for you, then maybe the latte will be a better option for you. The latte is made with one shot of espresso, which is added to a cup or glass. Then, the rest of the cup is filled with steamed milk. A good latte should also have a little layer of foam on the top.

Like the term ristretto, only genuine coffee lovers are familiar with the term Flat White. Unfortunately, this particular coffee is often confused with the latte, although it is not difficult to see why.

The Flat White is made with milk and an espresso shot. However, this coffee contains less milk than a latte. It also has the little micro foam layer on top.

So, the coffee is not stronger than the latte in terms of caffeine, it just tastes a little stronger because it is made with less milk.

To make a long black, the barista will use a double shot of coffee per one Long Black. Once the shots have been added to the cup, it is topped with some hot water.

Please note that there are certain variants out there. While the amount of water remains the same, some coffee lovers prefer having two double shots in their Long Black. In most cases, this gives the Long Black a little extra crema on top.

The cappuccino is one of the most popular coffees to date, but it does require some skill to make. Like many other types of coffee, it takes a single or a double shot of espresso. However, the cappuccino is not created until the milk is added.

Before the milk is added to the cappuccino, it must be processed in the right manner.

A barista will take the milk and then alter its texture and temperature through a steaming process. The stamping process creates a microfoam, which are basically miniscule bubbles in the milk.

Once the milk has been prepared, experienced baristas can actually use it to make art.

Hearts, leaves, and other shapes can be formed on top of the cappuccino. So the steaming of the milk and how it is implemented is really important for a good result.

A Short Black is nothing more than a standard espresso, it is just a different name used for it. The Short Black can be served in both a class and a ceramic cup, depending on what you prefer.

Before we elaborate, we need to point out that there are two different types of macchiato, more specifically the caffè macchiato and the latte macchiato. So, let us elaborate on each one.

The caffè macchiato is also referred to as the espresso macchiato. It is made with a very small amount of steamed milk and a single shot of espresso. The milk is usually heated between 140 and 150 degrees Fahrenheit.

The milk is frothed really strongly and added to a glass. This creates a dry foam with some of the liquid milk left on the bottom of the class. Then, a little bit of espresso is added to the top.

Interestingly, the Latte Macchiato is often a popular drink among people who are not necessarily too fond of coffee.

Despite the fact coffee is mixed with water, it can still have a strong flavor. By focusing on the milk, the flavor becomes more subtle.

What is better – the espresso or ristretto?

Once you enter the world of coffee, you will notice that there is really no such thing as the “best” coffee.

Whether you have ristretto, espresso, cappuccino, or another coffee, you will always have your personal preferences.

Still, if you have not tried the ristretto before, but do like a good espresso, we do suggest trying it out when you can.

What is the difference between a long shot and ristretto?

Like the ristretto, the long shot also refers to a shot of coffee and espresso in particular.

Basically, the long shot uses twice the amount of water as espresso shots, while the ristretto uses less water than the standard espresso shots. It is that simple.

Why are ristretto shots sweeter?

Ristretto shots are sweeter because of the lower amount of water that comes into contact with the ground coffee.

Is ristretto stronger than espresso?

It depends on what you consider as stronger. If you are speaking in terms of flavor, then the ristretto is indeed stronger than the espresso.

It tends to be more sweeter than an espresso, yet it does lose a considerable amount of caffeine. So, if you are looking for higher caffeine content, espresso is your beverage of choice.