Oily coffee beans are a point of contention amongst coffee roasters and coffee drinkers alike. There is some differing information about the nature of oily coffee beans, where they come from, and what the end result is, so let’s have a look in this post. 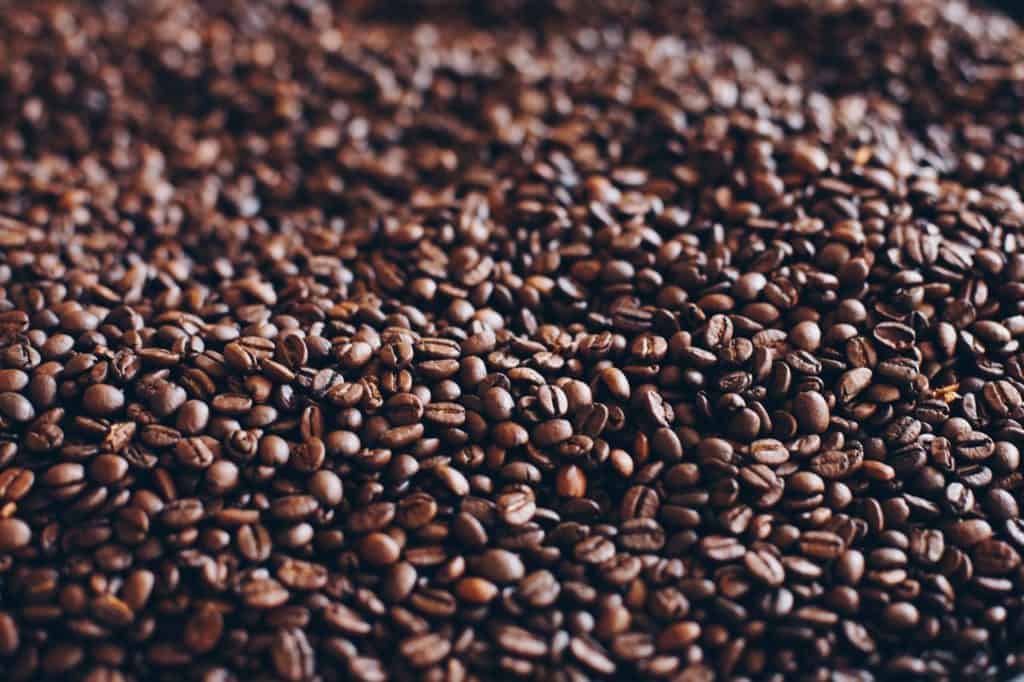 Coffee beans naturally have oils inside them. In the coffee cherry, the oils are closer to the solid state. When you roast the cherries and they turn into coffee beans, a lot of changes take place.

The CO2 that forms inside the coffee bean may seep out if you roast the bean for too long, and as it seeps out, it reacts with oxygen to produce that oily sheen.

There are a few differing schools of thought here:

I personally agree with the second school of thought since it’s more rooted in with the science of coffee roasting. More heat will cause the gases and oils inside the bean to seep out and react with oxygen, so it’s only natural that darker roasts will be oilier.

Oily beans are not necessarily stale, but you should be mindful that lighter roasts which will not be oily do stay fresher for a little longer than darker roasts.

Light and medium roasts will remain fresh for about 10 to 14 days after roasting, whereas darker roasts have a life of about 7 days.

Once the coffee goes stale, it’s going to lose most of the nuanced flavors and notes and you’re going to be left with quite a boring cup indeed!

Do oily beans mean stronger coffee? If by stronger, you mean more acidic, bitter, and typically “coffee” in flavor, then yes. That’s simply because they’re darker roasts and more of the oils and flavors have either come out or burned off.

If you find a dark roasted bean that has no oil on it, though, it means that the beans are very stale since even the oils have been lost, and the resulting brew will be quite bitter and tasteless as there won’t be much to it except brown water.

Another common belief I would like to dispel is that bolder coffee can only be produced by dark, oily beans.

While this is partially true, it’s not the only way to make bolder coffee. You can make bold coffee with a light roast or a medium roast too.

Roasting is only part of the equation, after all. You can also control the grind size, the amount of coffee, and the brewing time to change things around.

Finally, one huge no-no is using oily beans in super automatic espresso machines. The oils on top of the beans will do bad things to the grinder and brewing mechanism, and over the course of a few brews your machine will come to a grinding(pun intended) stop.

The oils will clog up the burrs and gears, and will also jam up the pipes inside the machine. Please do not use oily beans in super automatic machines!

If you must drink espresso made from dark roasts, grind your beans separately in a burr grinder where you can open the grinder up and clean it.