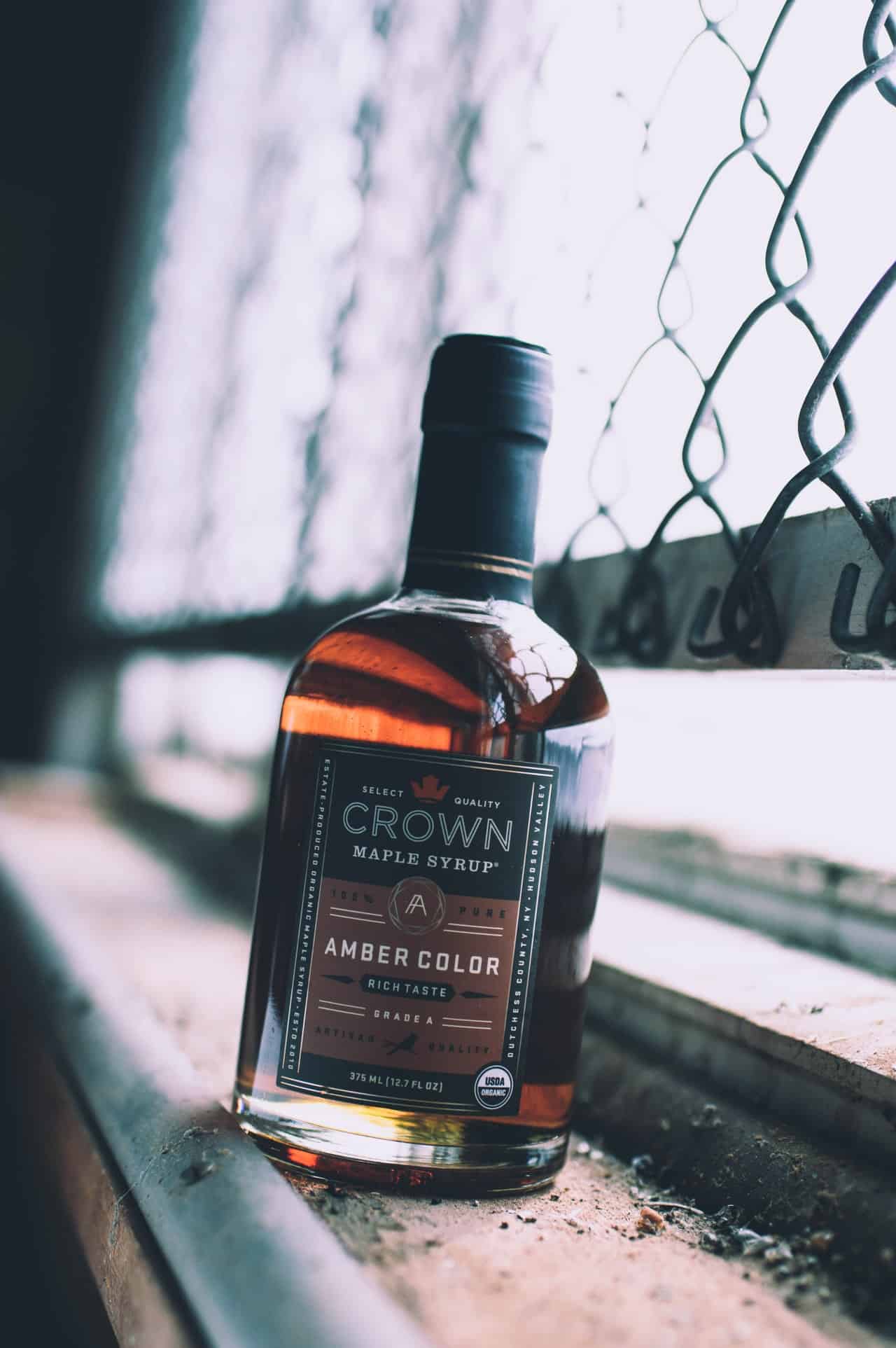 Although coffee is best enjoyed black for the full flavor profile, some people don’t like the strength of black coffee and choose to add sweeteners to mellow down the bitterness with a sweetener. One unconventional but really nice method of sweetening is adding maple syrup in coffee. 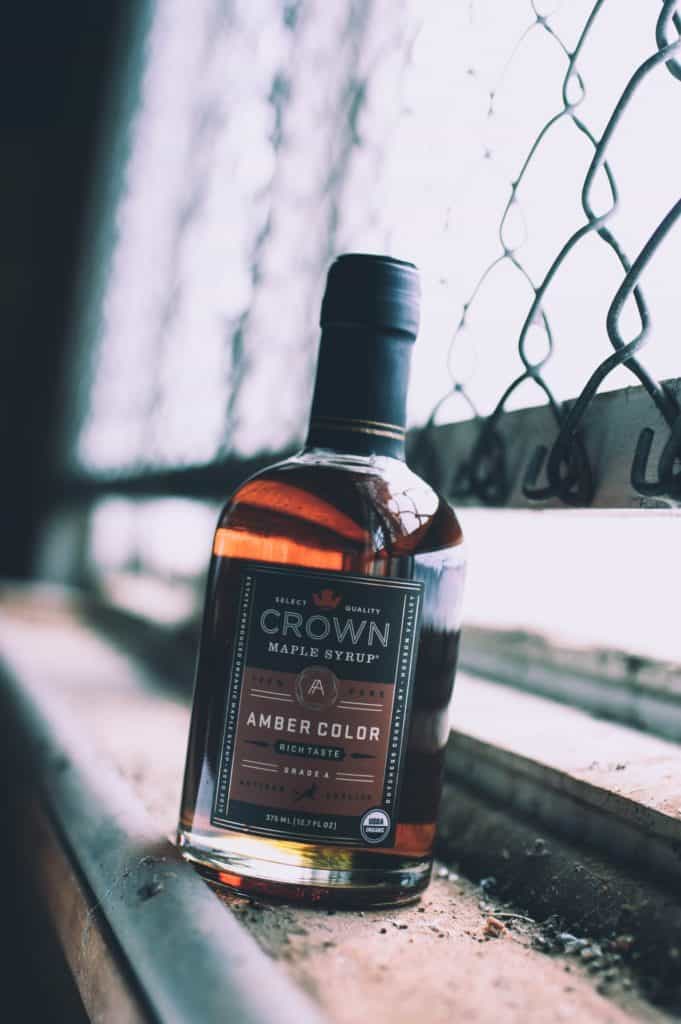 Is it healthy to put maple syrup in coffee?

Typically, when we want to sweeten coffee, we’ll grab a packet of sugar, or if we’re feeling inclined to something a little bit more natural, we’ll grab some brown sugar or sugar in the raw.

It also contains many other antioxidants, 8 types which are only found in maple syrup. For more information, check out this University of Rhode Island study from 2010.

So as you can see, maple syrup is far from empty calories.

Realistically, one teaspoon of the stuff won’t give you enough of the vitamins and minerals to change your life and cure you of everything.

All jokes aside, we really like the idea of maple syrup because if you’re going to have a sweetener you may as well have a sweetener which has nutritional value rather than something which is just empty calories and actually bad for you!

Maple syrup vs sugar in coffee

Consider sugar: sugar is made of a molecule called sucrose, which is known as a disaccharide. The “di” in disaccharide stands for two, so it’s a simple sugar plus another simple sugar. What does this mean?

It means that the body has to work a little harder to break the sugar into simpler, usable molecules and therefore it stays in your body a little longer than you really want.

Additionally, sugar(sucrose) has a very high GI or glycemic index, which is a measure of how high your blood sugar gets from a particular food.

High GI foods cause your insulin levels to spike, then crash once the sugar has been broken down, resulting in a “low” which makes you feel hungry again very soon.

Sugar also has about 16 calories per teaspoon, which is not much when you think about it but they are empty calories – there is nothing else of nutritional value in the sugar besides the sucrose itself.

How does maple syrup taste in coffee, though?

Maple syrup actually dissolves very easily in hot liquids, so just stirring in a teaspoon or half into piping hot black coffee will dissolve it and incorporate it almost fully into the coffee.

Additionally, maple syrup won’t tend to crystallize as much in the hot beverage.

It also has a very smooth and rich taste which complements the taste of black coffee very well. You could even add a splash of milk or cream if you wish but that may result in a calorie overdose 🙂

I would suggest you add little by little and experiment a little. Maple syrup has a bit of an aftertaste so it may also be worthwhile experimenting with a variety of coffee beans to find out which flavor profiles match the most.

Please bear in mind that you MUST use original, pure maple syrup – none of that silly stuff with the additives, and UNDER NO CIRCUMSTANCES should you use pancake syrup. That stuff is just pure sugar. 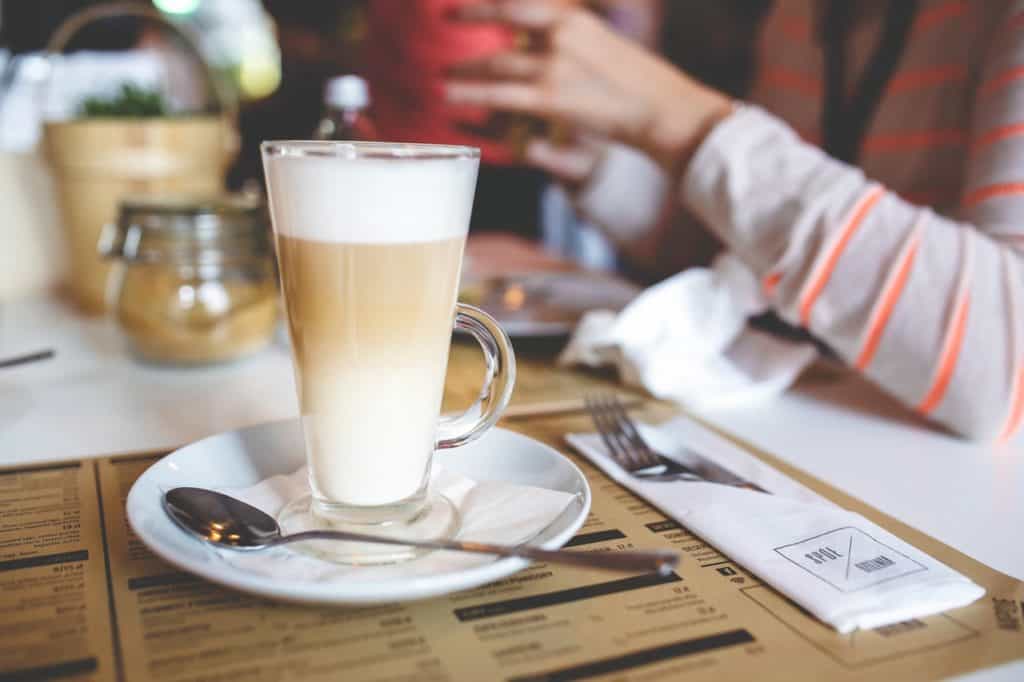 Brew your coffee and set it aside. In a mug, combine maple syrup and spices and mix thoroughly.

Heat up the milk for 30 seconds in a microwave(or until warm), then put it in a jar, close the lid and give it a good shake to get it nice and foamy.

Pour the coffee over the maple syrup and stir to combine, and top with foamed milk.

What is the healthiest sweetener for coffee?

The healthiest way to make your coffee taste sweet is to brew with freshly roasted, freshly ground coffee. That way, the natural sweetness of your coffee will come out and you won’t need any additional sweeteners. If you are unable to palate it even then, try honey or maple syrup, which are great natural sweeteners.

Can you put pancake syrup in coffee?

You could, but do you really want to? Pancake syrup is basically sugar and corn syrup with a bit of butter flavoring mixed in. You could actually just add a tablespoon of butter, a dash of maple syrup, and make a really awesome bulletproof coffee to start off your day.

Is maple syrup better than sugar in coffee?

Yes. Maple syrup is a natural sugar, which is better than processed sugar. Even then, sugar is sugar, so you should use it in moderation.