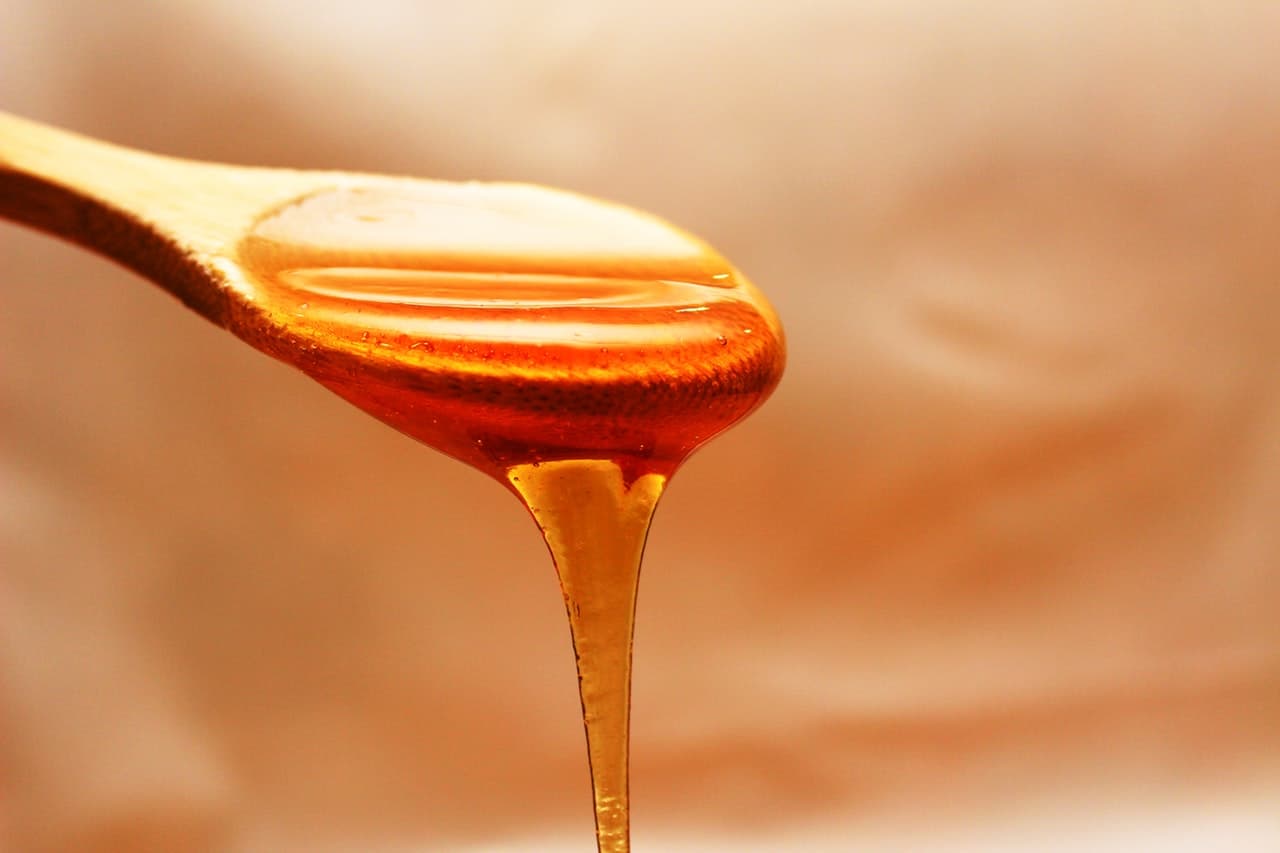 Honey is one of the oldest, purest sweeteners known to man and we’ve been using it for thousands of years. So it should be no surprise that someone had the bright idea to try using it to sweeten everyone’s favorite morning(and afternoon and evening) pick-me-up. 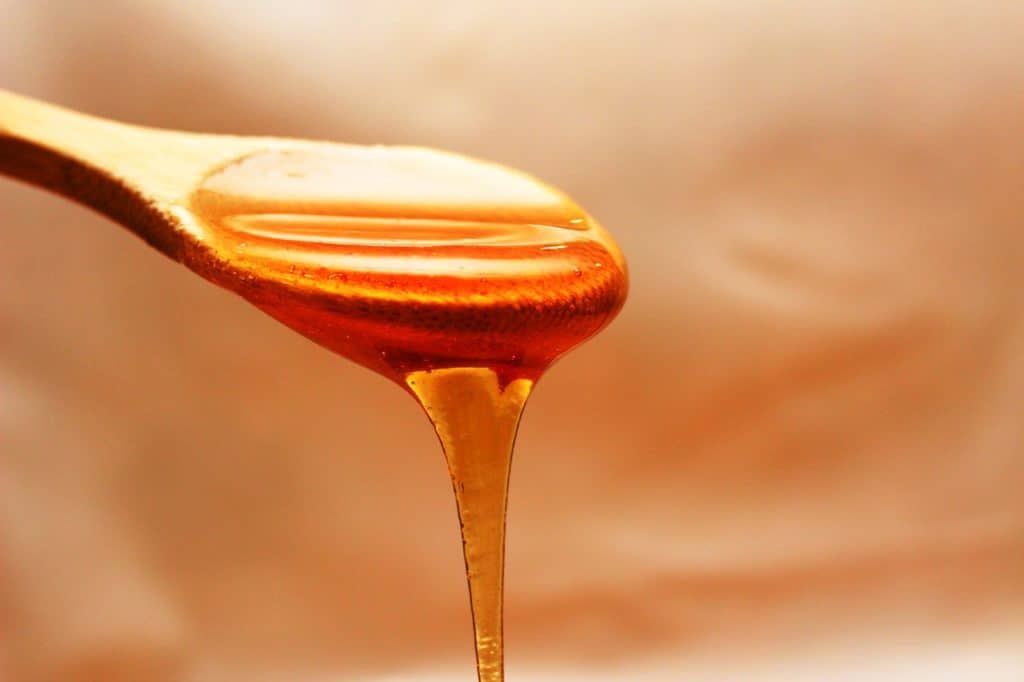 Honey vs sugar to sweeten coffee

In a showdown of sweeteners, the undisputed king – as of now – is still sugar(brown sugar or white sugar). That’s because sugar is exceptionally good at sweetening without changing any other flavors.

The only flavor sugar imparts is sweetness and nothing else.

Plus, sugar is cheap and widely available, and if you look at it from a pure caloric perspective, one teaspoon of sugar only has about 16 calories.

However, the calories in sugar are what are known as empty calories, since it’s just a shot of energy and there is absolutely no other nutritional value.

What happens to sugar in the body?

Actually, sugar can have a negative effect on your body, even if you don’t have diabetes. Sugar is what is known as a high-GI(glycemic index) food.

The glycemic index is a measure of how fast a particular food will raise your blood sugar. Complex carbohydrates are low-GI, because they take a long time for your body to break down and metabolize, so the rate at which glucose enters your bloodstream is lower.

Simple carbohydrates such as sugar, which is mostly sucrose, a disaccharide – causes your blood sugar levels to spike because it is absorbed very quickly into the blood.

Once the blood has a high supply of sugar, the body must digest and use up the sugar, and to do so, it raises production of insulin. As more insulin is produced, the faster the sugar is used up, and eventually your blood sugar levels will crash again.

Honey in your body

Now let’s talk about honey. And the real, pure, natural stuff, not the cheap supermarket honey that’s not even 100% pure.

Strictly looking at calories, honey has about 23 per teaspoon, which is higher than that of sugar.

However, honey has a much lower glycemic index than sugar so it doesn’t cause your blood sugar level to spike as much. This means you will feel fuller for longer and won’t feel hungry again as quickly.

Even though there are slightly more calories in honey, your net intake of calories may end up being lower with honey because you won’t feel hungry again as quickly and be prone to eating more!

Additionally, it’s worth considering that honey is far, far sweeter than sugar. If this statement sounds a little strange to you, I’d suggest you head over to the kitchen and:

And see which one is sweeter 🙂

Not to mention that honey is far from empty calories. In fact, honey has been touted for its medicinal properties for thousands of years.

Honey is full of vitamins, minerals, and has antibacterial and anti-fungal properties. Some honeys have more potent qualities than others.

Vitamins found in honey include:

Minerals found in coffee include:

Honey is an antioxidant, too. Antioxidants help prevent plaque buildup in your arteries.

Finally, honey has been used as a remedy for centuries. It’s great for stomach issues, and can also be used to soothe your throat from nasty coughs.

There is circumstantial evidence that black coffee helps with weight loss. A study that looked at the eating habits of 93,000 people saw a that those who had more coffee tended to have lower risks of obesity and type 2 diabetes.

Another study from 2014 saw that mice who were fed a high fat diet and consumed coffee gained weight slower than those who didn’t consume coffee.

Of course, the evidence from this is purely circumstantial. These are just two studies and they are by no means a guarantee of the efficacy of black coffee with weight loss.

A more practical assessment of the black coffee and weight loss idea would be:

Adding a few drops of honey won’t increase the calories significantly so it certainly does not negatively affect your weight loss goals.

How does it taste, though?

That’s really going to be for you to decide. If you’ve read my other posts, you’ll know that while I encourage you to be a coffee purist, coffee is all about finding what flavors you like.

Honey, as we noted earlier, is not simply a “sweet” flavor. Honeys are quite complex and as a result there are lots of undertones in the flavors.

If you’re going to put honey in your coffee, you have a choice between two extremes:

I can’t really tell you which honey you’ll like with which coffee, as the possibilities are far too many. The best thing to do is experiment and see which one you like the best.

How to find a good honey + coffee combination

If you already have a coffee that you really like, try to find a matching or complementing honey. Don’t change your coffee preference first.

Next, go pick up a sampler of honey. Many stores carry a wide variety of honeys in tiny jars that are great for sampling and finding out which one you prefer.

Now, instead of adding the honey to your coffee, have a drop of the honey so that the taste will linger in your mouth, and take a sip of straight coffee.

Did you like it? Great, make a note of it.

Did it taste weird? No problem, have the honey with your toast, or maybe or SO or kids can finish it. (Or you have a Kramer-like neighbor who raids your fridge, who knows?)

Before moving on to the next sample of honey, take a sip of seltzer water to neutralize your taste buds, and then try again.

To help narrow down your choice of honey, try getting honeys you think will pair well with your coffee first, so you don’t have to experiment too much.

These honeys are worth considering as a starting point: 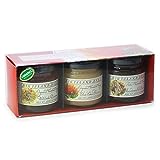 Is honey in coffee toxic?

There seems to be some confusion on the internet on whether or not heating honey makes it toxic.

A 2010 study showed that heating honey to 60 degrees C and 140 degrees C raised levels of a chemical called HMF.

HMF is a chemical naturally found in many foods – especially heated sugars and most people consume 4 mg to 30 mg per day.

Some people believe that honey becomes carcinogenic when heated due to the elevated levels of HMF, but the study showed that there was no significant increase in the risk.

However, moderation is always best and if you just have a few drops of honey in coffee once or twice a day, you won’t have any significant exposure – more than you’re already having, anyway.

Finally, and this is purely my opinion, the health benefits of honey far outweigh any potential harmful effects. Of course, this is considering that you eat it in moderation. Anything in excess will be bad!

Still, if you have any doubts, talk to your doctor!

While we’re on the topic of honey and coffee, did you know there is a thing such as coffee honey? This is honey made by bees that get their nectar from the flowers of coffee plants.

How cool is that?

This coffee blossom honey is actually one of the best honeys you can use for sweetening your coffee.

Finally, if you’re still not convinced about honey in coffee and wish to stick to other sweeteners instead, here are some that you can try:

Can you put raw honey in coffee?

Is honey in coffee good?

Honey is a great way to sweeten your coffee. If you like the taste of honey, you’ll most likely enjoy the taste it adds to coffee.