This post continues a long series of posts concerning things you can add to your coffee. This time, let’s look at adding heavy cream in coffee. Good idea? Bad idea? WTF?

Anyhow, getting back to cream. 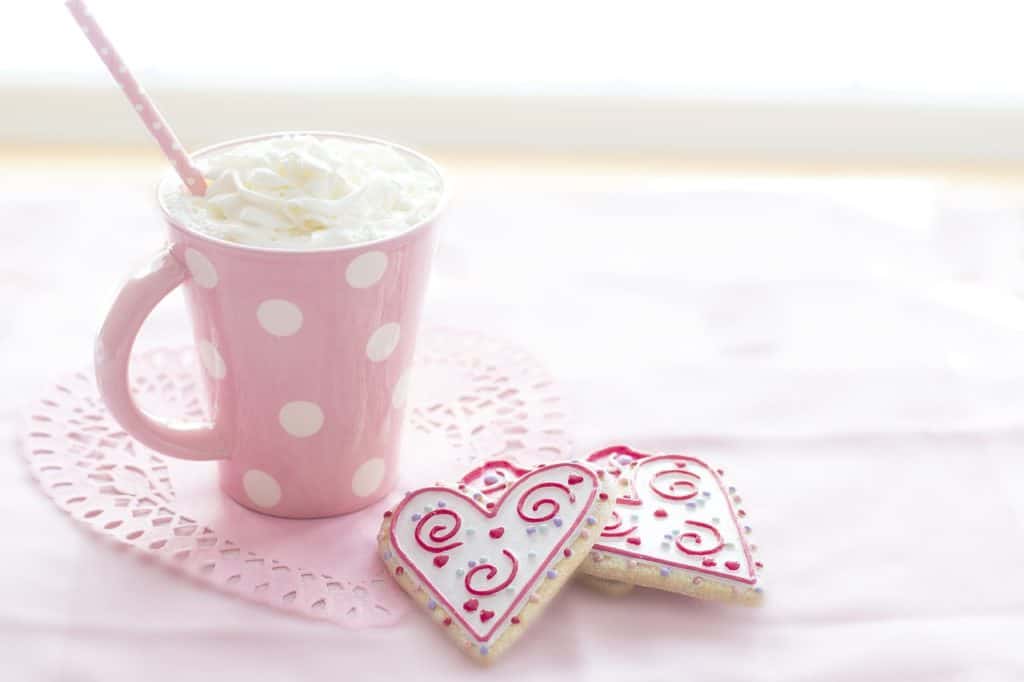 Why add something to coffee, anyway?

I always prefer introducing people to coffee by encouraging them to drink it black. Black coffee is the “original” coffee and any other kind of coffee is a modification.

So no matter what kind of coffee you’re drinking, the best way is to drink it black and brewed from freshly grounded, freshly roasted coffee beans.

That’s the only way you’ll get to experience the real flavors and aromas in coffee.

However, I can understand how some people may not be able to handle the extra intensity of coffee, and as a result, people like to add milk or dairy to coffee to tame the intensity down while still enjoying many of the flavors.

Quite possibly the most popular additive is milk, but half and half and now heavy cream are becoming increasingly popular.

Milk, half and half, and heavy cream all lend a bit of richness to coffee. The drink becomes more decadent, and many people really enjoy the combination of the flavors and richness in their mouth.

You’ve probably added milk or half and half yourself, but we’re concerned with heavy cream at this moment.

Heavy cream is actually the all of the fat and cream that rises to the top of the milk when it is being processed. Dairy farms will skim the cream off of the milk and then sell it as heavy cream, or if it is not 100% cream, as half and half.

Good heavy cream is just pure cream. Many manufacturers will add gelling agents to help keep it coagulated in the carton.

So why should you want to add heavy cream to your coffee?

First off, it will taste absolutely amazing. The mouthfeel will be unmatched, it’ll be like drinking hot coffee cream. Heavy cream will thicken up the coffee quite a bit and the resulting mixture will be incredibly smooth and fun to drink.

Since heavy cream is very high in fat content the texture will be very rich.

One of the main reasons that people are opting to add heavy cream to coffee is for weight loss as part of the keto diet. In a nutshell, the keto diet focuses on calorie-dense foods that are rich in good fats.

There have been many studies that show that fat is not the enemy we once considered it to be(though too much of it can certainly cause an issue). In the right amounts, fats are good and can even help keep you full for longer.

The most popular coffee options with keto dieters are probably butter coffee and coconut oil coffee, or a combination of both, known as bulletproof coffee.

Coming back to heavy cream, it’s a decent alternative to adding butter or coconut oil. The thinking behind adding heavy cream to coffee – aside from making it taste really decadent – is to help keep you full for longer.

When you consume sugar(as you would with coffee creamers and the like), your body has to produce insulin to digest the sugar. Once the sugar has been used up, you’ll feel a “crash” and start feeling hungry again.

If instead of sugar, you give your body good, healthy fats, you’ll actually use up the energy from the fats and feel full for longer since there’s no issue of excess insulin being produced by the body.

Some people even report saying that heavy cream helps negate the bad effects of caffeine, like jitters.

Heavy cream is 35-40% fat. In one tablespoon of heavy cream, you’ll get about 5.6 grams of fat. That’s a lot! But remember, fats aren’t necessarily bad.

In fact, fats are the most calorie dense nutrient of all the nutrients we usually eat. One tablespoon of heavy cream will get you around 52 calories.

If you’re used to drinking coffee creamer, I’d totally give that up and consider switching to heavy cream or at the very least, half and half.

Heavy cream contains nearly no sugar whatsoever, whilst coffee creamers are loaded with the stuff. You would rather have fat any day instead of sugar.

Heavy cream is a great part of a high-fat, low carb diet. In today’s world, we eat far too many carbs. In fact, most of our food intake is carbs with hardly any good fats, and certainly far too little fruits and vegetables.

Many diabetics need to have low carb diets(not just sugar but white carbs too), so adding a lot of fat in their diet can still fulfill their caloric requirements.

If you’re severely lactose intolerant, though, you may still wish to avoid it.

The issue with heavy cream is that it is very high in fats but very low in nutrients. You’ll get a boost of calories but they’re mostly empty – just energy that will be burned off, with no real building blocks for your body.

That’s why it’s totally fine to have it in moderation, but having too much of it will prevent you from having other nutrients that you need!

How to make coffee with heavy cream

Heavy cream is well, really heavy, so it won’t really dissolve very easily into water. If you try to just add heavy cream to you coffee as you would milk, you’d get little globs dispersed everywhere and a result that’s not very appetizing.

There are two main ways to have heavy cream with coffee:

This preparation of coffee is similar to bulletproof coffee where you would blend the coffee and cream in a high speed blender(here’s how to do it without a blender) to evenly distribute the cream.

The only difference here is that you’re using cream instead of butter.

After blending, you want to drink up in a short time as the cream won’t remain emulsified forever. Soon enough, it’ll clump back together.

What if you took it one step further and instead of heavy cream, you added heavy whipping cream?

Prepare some black coffee using your favorite brewing method, and whip some heavy cream until you get soft peaks.

You could add a tiny bit of sugar while whipping to encourage stiffer peaks, but that would kind of destroy the point. But hey, a little bit never hurt?

Place a dollop of the whipped cream on top of the black coffee and enjoy!

Heavy whipping cream is generally a better idea for a dessert-style coffee than blending in, as heavy cream will incorporate a little better.

If you decide to use heavy whipping cream, you may as well whip it before adding it to your coffee so you get the wonderfully fatty, airy texture of the cream combined with the intensity of the coffee.

If you like the texture of whipped cream on coffee, you can try making some Dalgona coffee, which is instant coffee, sugar, and water whisked together until it forms a foamy, whipped texture similar to whipped cream.

Regular cream in regular coffee is a lot healthier, though, since Dalgona coffee is mostly instant coffee and sugar.

For your reference, here are some of the other additives you can put in coffee:

Does heavy cream curdle in coffee?

Coffee can sometimes be quite acidic so older cream may curdle in it. The best way to prevent this from happening is to use fresh cream and a lower-acid coffee, and blitz it in a blender right away to make sure the cream disperses through the coffee and the reaction slows down.

Can I use heavy cream instead of butter in my coffee?

Sure, as both are a good kind of fat. If you have any doubts, it’s always best to check with your doctor before making any major dietary changes.