Even though both frappuccinos and cappuccinos are “ppuccino” drinks, they could not be more different in terms of their origins and what they actually are. 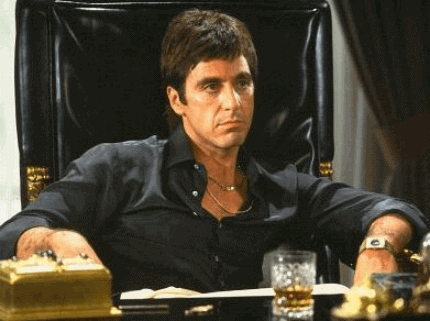 In the interest of coffee authenticity, let us first talk about cappuccinos.

Cappuccinos are a traditional Italian way of preparing coffee. Essentially, a cappuccino is an espresso shot with steamed milk and foamed milk added to it.

To be exact, it’s 1 part espresso shot, 1 part steamed milk, and 1 part foamed milk. As you can imagine, it’s not a very big serving of coffee. Most cappuccinos are usually 5 to 6 ounces in size.

Cappuccinos are one of my favorite coffee preparations because I feel they are the perfect combination of espresso intensity and the taming effect that the combination of steamed milk and milk foam has.

It’s intense yet velvety smooth at the same time. Cappuccinos are my preferred morning coffee!

They’re also really easy to make, as most espresso machines have a cappuccino function built in.

Espresso(and by extension cappuccino) is more intense but since it’s less actual liquid you get less overall caffeine. If you were to drink 8 ounces of espresso, the story would be very different…

Frappuccino, on the other hand, is a trademarked drink made by the Starbucks coffee chain. In other words, you can’t technically get a frappuccino anywhere other than a Starbucks.

Anything else is an imitation or a homemade concoction(which can still be very tasty, as you’ll see at the end of this post).

Frappuccino actually denotes an entire line of blended, iced coffee drinks that are made by Starbucks.

It does indeed have a coffee base, but with lots of added ingredients: milk, flavorings, syrups, ice, and cream. Many coffee purists say that Frappuccinos only contain coffee, but they have far too many additives to actually be considered coffee.

The word Frappuccino originates from a combination of the word “frappe” which originally meant a milkshake with ice cream, and “cappuccino”, which you already know.

Starbucks eventually trademarked the term Frappuccino so only they can legally use it for their drinks.

Originally, the Frappuccino was made by a cafe called “The Coffee Connection” which was eventually bought out by and incorporated into Starbucks.

There are quite a few varieties of Frappuccinos available at Starbucks. Some have even been adapted to have no coffee at all!

As you can see, the frappuccino is more of a consumer-focused sugary coffee drink rather than actual coffee. Still, some people like it, and to each their own! Who am I to judge?

I did a bit of scouring over the interwebs to see some really good homemade frappuccino recipes. Before I share those, I’d like to share one of my own healthy frappuccino-style recipes:

To make some, you’ll need to brew very coarsely ground coffee grounds in a 1:8 ratio for about 12-18 hours in cold water.

A 1:8 ratio means using 125 grams of coffee for every liter of water. Cold brew can be stored in the fridge for a week, so it’s good to make a large batch every time.

Pour cold water over the grounds and stir very gently for 10-15 seconds just to evenly wet the coffee grounds. Close lid of your container and let it sit in the fridge for 12 to 18 hours. It’s good to do this overnight so you’ll have coffee ready in the morning.

After the brewing time has passed, filter the coffee through a paper filter and into your final container.

You now have cold brew coffee which you can either drink straight or blend with some milk and ice to make a really fantastic homemade frappuccino! If you want to add a bit of flavor, consider adding a splash of maple syrup or some coffee syrup.

While I strongly feel that frappuccinos are not coffee, they do make for some really fantastic desserts! Since we’re talking about frappuccinos here, let me share some of my favorite frappuccino recipes for an indulgent dessert: 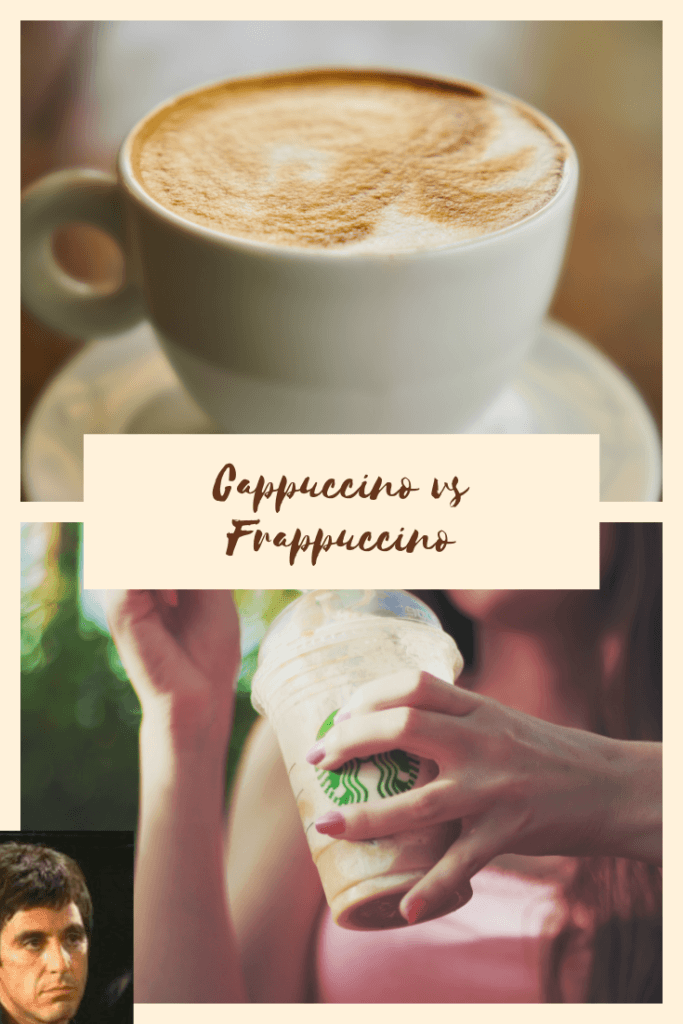 What is the difference between frappuccino and latte

Frappuccinos are trademarked Starbucks drinks that are made with milk, ice, and other flavorings. Lattes are a coffee beverage made with one part espresso shot and five parts steamed milk.

What is a frappuccino without coffee?

Starbucks makes many beverages under the Frappuccino brand which don’t contain any coffee. Examples are strawberry and vanilla frappuccinos.

Frappuccinos contain a lot of sugar and fat, which may not be a wise dietary choice for many people.