Most people are familiar with espresso, but lungo happens to be a slight variation of the classic espresso that may sound strange to many people. So in this post, lets put espresso vs lungo head to head and discuss the similarities and differences. 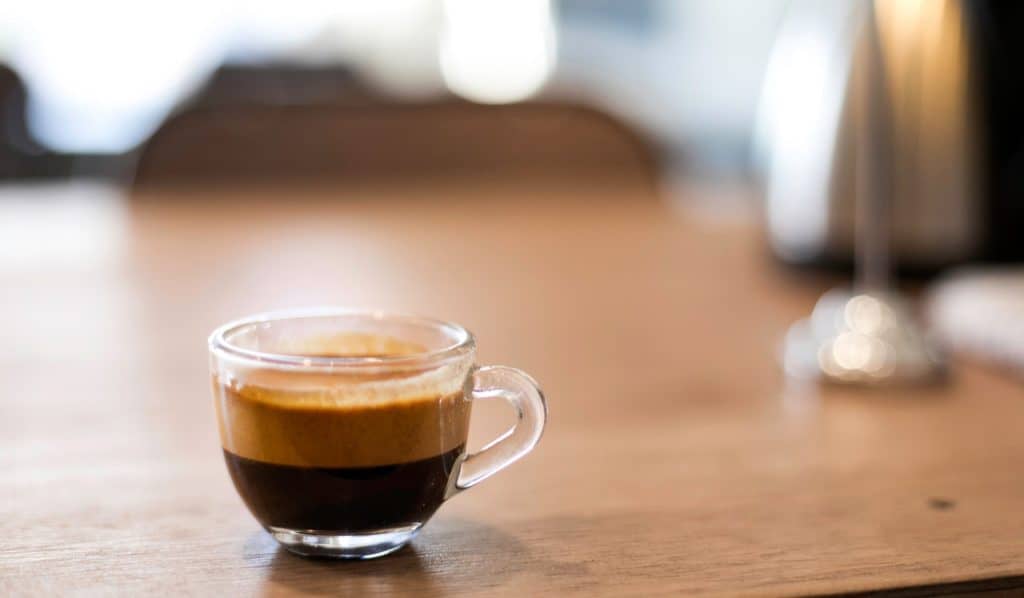 Espresso vs Lungo: What is a lungo, anyway?

The name pretty much gives it away! Lungo is Italian for “long”, so by definition, a lungo is simply an espresso shot that uses more water and is pulled for a longer time.

How to make a lungo

Making a lungo depends on the type of equipment you are using. Some espresso machines have a preset for a lungo, which makes life a lot easier!

If you have a Nespresso machine, they have dedicated lungo capsules that are designed to get the best flavor possible in your lungo coffee.

There are two main changes between brewing a typical espresso and a lungo: the amount of water used to pull the shot, and the extraction time.

Again, if your espresso machine has a preset for lungo, brewing is pretty easy. Otherwise, you can simply pull a shot of espresso twice through the same grounds.

Is lungo stronger than espresso?

The taste of a lungo is milder than an a shot of espresso because it’s more hot water pulled through the same amount of coffee. It will miss some of the intensity and boldness of espresso, but if you enjoy slightly tempered coffee, it may be a sweet spot for you.

Bitterness is not always a bad thing, as some people actually savor the extra bitterness.

Finally, it’s not fair to say that a lungo is half the strength as an espresso. You’re not diluting the espresso, but you’re actually brewing it for longer. There are a few more processes that take place and the result is a different flavor profile than a single espresso shot.

Can I use espresso capsules for Lungo?

You can hypothetically use espresso capsules for making a lungo, but it is much better to use the specific lungo capsules, especially since you’re using a Nespresso machine.

The espresso capsule is specifically designed to handle a certain amount of water, and using more water than needed will result in over-extraction and mess up the flavor.

Lungo and other beverages

A ristretto can be thought of as the anti-lungo! Imagine a typical shot of espresso. If you prolong the extraction and use more water, you end up with a lungo, which will be slightly more bitter and have a smokier flavor.

On the other hand, if you shorten the extraction period and decrease the amount of water, you end up with a ristretto, which is even more intense than an espresso!

Finally, the last point of confusion is usually between lungo and lattes. I think that this confusion is mainly because the names sound (kind of) similar, but otherwise, they’re completely different animals.

A latte is made by adding frothed(steamed and foamed) milk to an espresso shot. The result is a creamy, milky beverage which is quite mild compared to an actual espresso.

For a proper coffee experience, I suggest trying everything once and deciding which one you like best. The beauty of coffee is that there are so many different ways to enjoy it. It’s just a matter of trying everything and seeing what you enjoy, and sticking with that.

Of course, you need to keep your palate open for some adventure, too 😉

What is the difference between a lungo and an Americano?

Does lungo have more caffeine?

According to Caffeine Informer, a typical lungo capsule results in a beverage that contains around 80 mg of caffeine, which is actually the same amount as you’d find in a typical espresso.
The estimate provided by Caffeine Informer is a pretty good baseline, but the actual amount of caffeine depends on the roast and blend of coffee beans that you use.For example, there are many high caffeine coffees available that pack a lot more caffeine per gram than other blends, in which case a lungo pulled from them will have a lot more caffeine than even 2 or 3 cups of regular coffee.
Otherwise, though, it’s sort of a non issue whether an espresso has more or less caffeine.