Among coffee enthusiasts, the question of cortado vs latte is an interesting one. Of course, there is a reason why the cortado vs latte discussion is not easily solved, as there are many similarities between both coffee drinks. So, let us take a closer look at each of these drinks available at your local coffee shop and answer this much deliberated question once and for all. 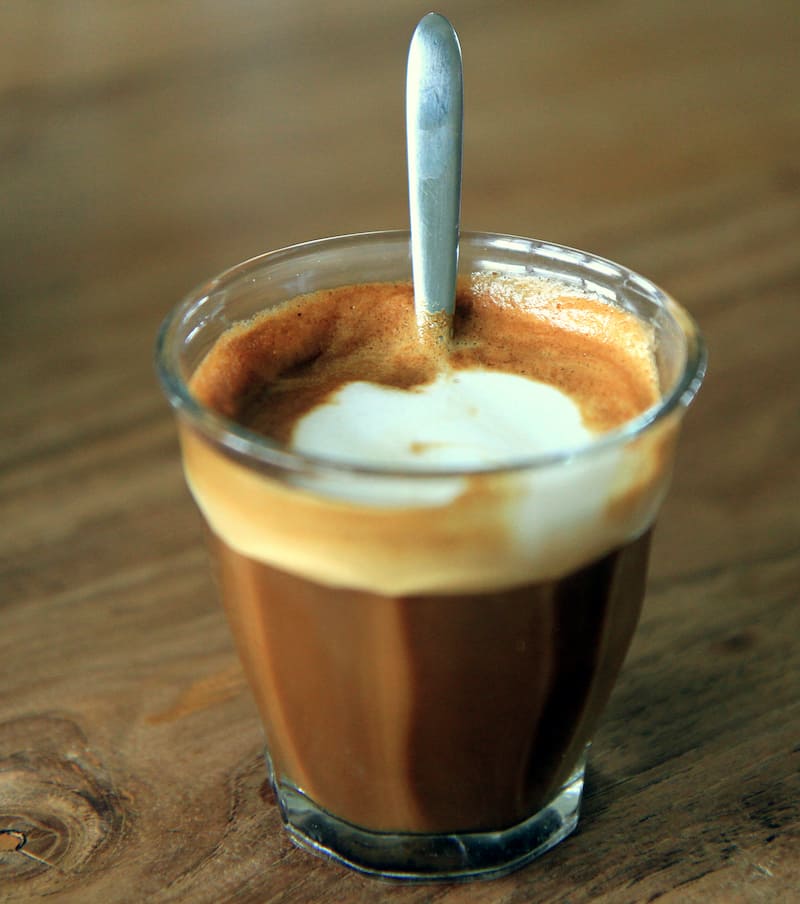 What Is The Difference Between Cortado And Latte?

It won’t take you long to find the similarities between Cortado and latte. However, there are some differences all coffee lovers should be aware of. In the United States, you might expect that the Cortado provides a similar experience to most Italian espresso drinks, but this is not the case.

An equal amount of steamed milk and espresso forms the basis for Cortado. However, contrary to the latte, they barely contain any foam. In fact, most will not contain any foam at all.

Compared to Cortado, latte contains much more steamed milk. In addition to that, lattes also have that characteristic layer of microfoam, which you will not find with Cortado.

What Is In A Cortado?

The cortado falls under the classification of the espresso drink. If you are hearing the term cortado coffee for the first time and drink coffee on a regular basis, no need to worry, as this espresso drink only gets discovered much later on by most coffee enthusiasts.

Cortado is a combination of warm milk and espresso, with a ratio of approximately 1:1. However, the ratio can have minute variations depending on the coffee shops you visit. Nevertheless, the overall principle of the Cortado is relatively simple.

Most traditional coffee shops will serve the Cortado in a glass or metal cup.

Is Cortado The Same As A Flat White?

Much like the traditional latte, there are some similarities between the Cortado and a flat white. That being said, there are differences, which means that the Cortado is still an espresso drink that stands on its own.

The biggest difference between the Cortado and the flat white is the fact the milk is not textured in a Cortado. So, even though the preparation of the steamed milk and a double shot of espresso is the same, the texture between each drink could not be more different.

Because of how the steamed milk is added, the flat white provides a thicker and velvet-like structure. The Cortado on the other hand, provides a smoother texture, which is just as pleasing to the tastebuds.

Both drinks should not be confused with other coffee beverages that resemble the traditional latte either, this includes options such as piccolo coffee.

While they are all made with milk, espresso or even the ristretto shot, the unique way steamed milk is added or the overall texture and quantity of the beverages provides the difference.

The different types of coffee, especially those including milk in the equation, provide a perfect example of how the unique addition of each ingredient can have a huge influence on the overall taste of a beverage.

It also shows how a small cup of coffee with milk can have so many variants, there are an endless number of combinations coffee lovers can use. In fact, we believe that you will never look at coffee and milk in the same way after reading this article.

Cortado Vs Latte: Can either be considered “better”?

As you may have noticed in this overview, each of these espresso options has its benefits. So, your preferred option can be subject to small variables such as the amount of milk you like in your espresso, if you like microfoam or not, and more.

We mentioned how the unique way in which ingredients are added or layered can influence the taste and the texture of the beverage. So beginners might not immediately notice the subtle nuances each of the beverages provides.

Of course, this makes it all the more exciting to be a coffee lover, as there are numerous taste combinations, ingredients and techniques to master and experiment with these days!

So, while some swear by their latte and will not consider anything else where Italian espresso is concerned, others prefer the traditional Cordato and its characteristic simple yet complementing flavors. Therefore, if you are unsure about the option that is right for you, why not try each espresso drink and find out which one piques your tastebuds?

You can think of a cortado as something between a macchiato and a flat white. Macchiatos are much stronger, and flat whites tend to be much more milky. If the macchiato is too much to handle and you don’t taste anything with flat whites, cortados are a great middle ground.

Why is it called a cortado?

Cortado means “cut” in Spanish. The Spanish named this drink so because the milk is used to “cut” the acidity of the coffee and help neutralize it.

Do you stir a cortado?

You can if you want. Sometimes you want a 50-50 bit of milk and coffee per sip. Other times, you may wish to mix the milk in.

How many shots of espresso are in a cortado?