Many people believe that caffeine provides them with endless amounts of energy. While this may be the case for some caffeine drinkers, others find themselves saying “coffee doesn’t wake me up!”.

So, what is this all about? Learn more by reading the information below!

Why doesn’t coffee wake me up?

The amount of caffeine you consume could have an influence on energy provision. Recent studies show that 3 milligrams of caffeine per kilogram of bodyweight do not produce an energizing effect.

Based on these studies, researchers believe that at least 6 mg/kg is needed to produce an energizing effect. So, if you only consume about a cup of coffee a day, it is likely you won’t experience any of the energizing effects of caffeine.

How Does Coffee Provide Energy?

Caffeine mainly provides energy by blocking adenosine receptors in the brain. Adenosine is a chemical that your body naturally produces.

Caffeine is very molecularly similar to adenosine, so it ends up binding to the receptor instead of adenosine, preventing your body from falling asleep.

Caffeine can also provide energy by the metabolic effects the substance causes in the body. The compound influences several neurotransmitters; this includes serotonin, dopamine, and acetylcholine.

One of the ways caffeine provides energy is by increasing the release of catecholamines – such as adrenaline – in the sympathetic nervous system. An increase of adrenaline in the body could have various side-effects; this includes a faster heartbeat, an increased blood supply to the muscles, and an increased release of sugar in the bloodstream.

Naturally, each of these side-effects can have an impact on your energy levels.

Caffeine could also be used as a performance enhancer, since the compound could also help muscles to contract. When caffeine is consumed it can promote the release of calcium ions in the muscle fibers. Subsequently, this could have an influence on how long an athlete could exercise. 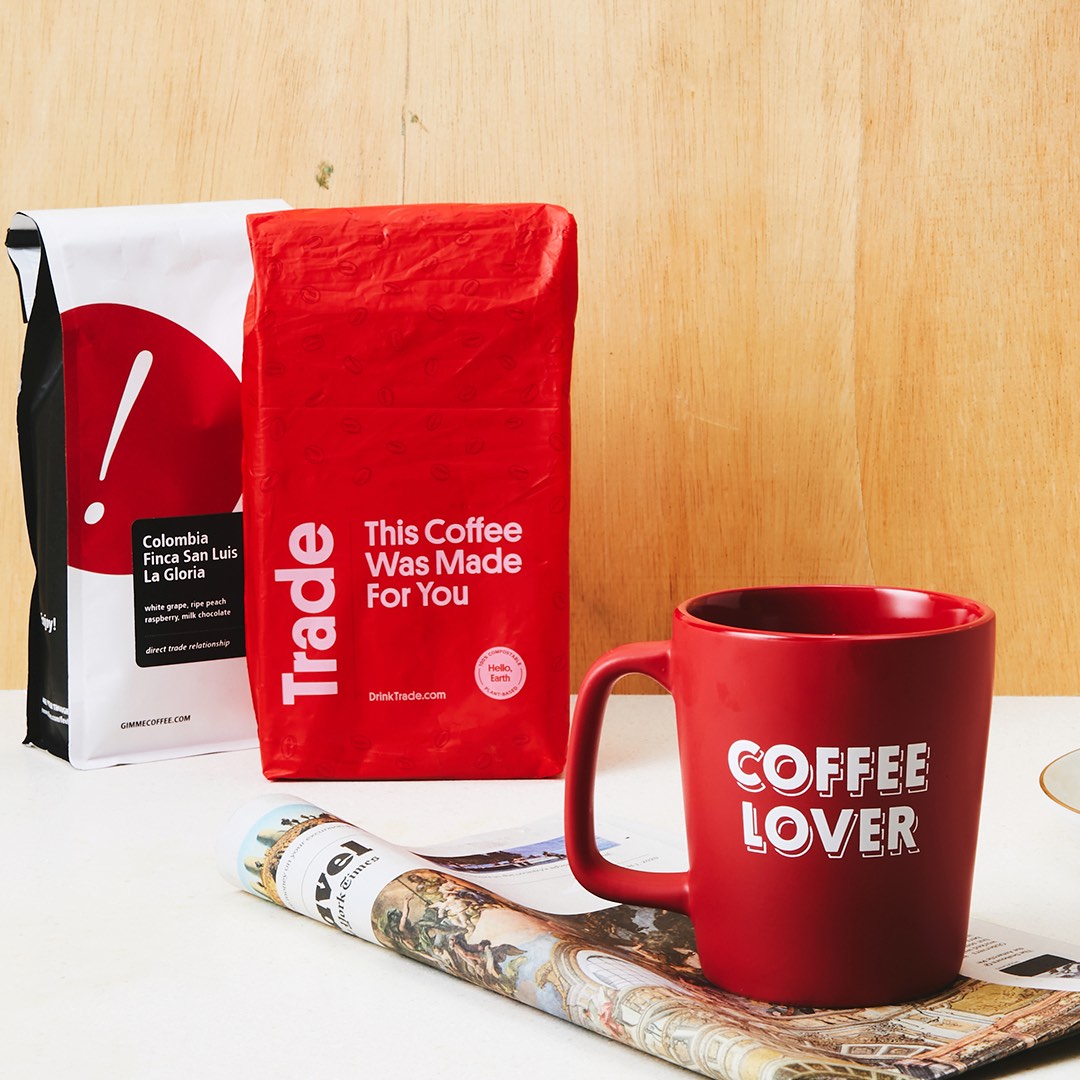 Sign up now to get started. Just answer a few quick questions and get 30% off your first bag of coffee.

Click here to get started with your first order

Is caffeine tolerance a thing?

One study in the 1980s found that as people drank more and more coffee, the body began producing more adenosine receptors to keep up with the influx of caffeine.

As a result, regular coffee drinkers tended to have a higher tolerance of caffeine than others. That may also explain why they can seemingly sleep right after having some coffee!

To reduce your caffeine tolerance, you can try putting off coffee for a couple of weeks and see if it has a higher stimulating effect.

What Are the Other Benefits of Caffeine?

As you may know already, caffeine has more benefits than just energy provision. To learn more about these common and more uncommon benefits of caffeine, please read the information below.

Many scientists claim that consuming caffeine could have a benefit on the long-term memory of those who consume the substance. A study published in the journal Nature Neuroscience, indicated that caffeine boosts long-term memory, but that it is also responsible for other benefits.

Studies have indicated that caffeinated beverages such as coffee could protect the health of the liver. Research was executed to study the effects of caffeine and fatty liver disease, which showed that consuming four cups of coffee daily could prevent and reduce the progression of the disease.

The study considering the effects of caffeine on fatty liver disease showed a reduction of fat content within the liver. Caffeine also showed to stimulate beta-oxidation in hepatic cells and liver.

Caffeine consumption has been linked to increased concentration; this would explain why many students count on caffeinated beverages to get them through the exam period.

Hair growth is a benefit of caffeine not everyone is aware of, yet the compound can promote hair growth in both men and women; this is also one of the reasons why the substance is often used in shampoos and conditions. Check your local drugstore for caffeine shampoo to see some examples.

Caffeine can increase your blood circulation, which could have an influence on hair growth. When you use a shampoo with caffeine and massage it into the scalp, the caffeine will increase circulation and speed up the growth of the hair follicles. This is an interesting benefit, since it could provide a solution to people suffering from baldness.

We have all experienced it. Once we have done a heavy workout, we are left with pain and soreness the next day. However, the consumption of caffeine could reduce the muscle pain experienced after a strenuous workout!

A study executed at the University of Georgia studies the effects of a moderate dose of caffeine on the human body (equal to two cups of coffee). Their study showed that the consumption of two cups of coffee could reduce post-workout pain by 48%!

Another study published in the American Medical Association Journal, showed the caffeine could be used for pain relief in general too; therefore, you can find paracetamol & caffeine combinations in your local pharmacy. The study showed that when combined with pain relievers, caffeine made them work quicker and more effectively, since 40% less of the other pain reliever was required for the same amount of pain relief!

The consumption of coffee, a caffeinate beverage, has been shown to provide an extra layer of protection against Parkinson’s Disease. Studies indicate that it could provide protection overall, but also in people who are more likely to develop the condition genetically.

Daily coffee consumption has been associated with a reduced risk of diabetes, more specifically type 2 diabetes; this was proven during a study executed at Harvard University in 2014.

During the study executed at Harvard University, researchers found that people who increased their coffee intake over a period of four years had 11% less chance of getting type 2 diabetes. These results were compared to people who did not increase their coffee consumption.

Caffeine could also have benefits for your reaction time; this could prove useful for anyone who needs quick reaction times for their profession.

The benefits of caffeine for reaction time were discovered by researchers at the Walter Reed Army Institute of Research. During their study, they attempted to discover new ways to overcome fatigue in soldiers. They found that 800mg of caffeine daily on successive nights proved beneficial for cognitive function and reaction times overall.

Reducing Your Risk of Mouth and Throat Cancer

The use of caffeine could also prove useful for the prevention of mouth and throat cancer. Studies have shown that more than four cups of coffee a day could mean a 49% reduction in developing those types of cancer. These findings have been published on the website of the American Cancer Society.

To prove the benefits of caffeine for oral cancer, the American Cancer Society studies approximately one million men and women over a period of 26 years. Their findings could indicate some benefits for cancer prevention in the long run, but more studies are required regarding caffeine and its role in cancer prevention.

Caffeine Could Help You Lose Weight

If you are focused on weight loss, you might benefit from caffeine too. When you look at some fat burning supplements, you will notice that many of them contain a dose of caffeine; this caffeine is there for a reason, because researchers believe that caffeine could make fat burning more effective.

Studies executed over several years have shown that the consumption of a certain amount of caffeine could boost the metabolic rate of the consumer anywhere from 3% to 11%. Research also showed that caffeine could increase fat burning by 10% in people for are overweight. It also boosts fat burning by 29% for people of average weight.

Protection Against Alzheimer’s and Dementia

Caffeine could have some benefits for protection against Alzheimer’s and dementia. Several studies executed around the globe have determined that caffeinated drinks, including coffee, could reduce the risk of Alzheimer’s disease by 65%! So, drinking coffee daily could certainly prove beneficial in the long run.

Beneficial for the Liver

Beverages containing caffeine could also have benefits for liver health, because studies have shown that the substance could reduce the effects of fatty liver disease and even protect against it. In fact, people who drink 4 or more cups of coffee daily have 80% less chance of developing liver cirrhosis.

There is good news for regular coffee drinkers, because coffee contains high levels of essential nutrients. In one cup of coffee, you can find riboflavin (vitamin B12), pantothenic acid (vitamin B5), manganese, potassium, magnesium and niacin.

You hear much about the negative influence of caffeinated drinks, but you often miss some of the benefits these caffeinated drinks can deliver. If you drink any caffeinated drink in moderation, you could certainly benefit from it. So, there is no need to say goodbye to your morning cup of coffee, especially with all the health benefits mentioned here today.

How do you wake up if coffee doesn’t work?

If coffee doesn’t work, you can try some peppermint tea, or doing some jumping jacks or light excercise to get your blood flowing.

Does coffee actually wake you up?

Coffee can help you feel less sleepy, but the mechanism is actually for when you’re tired after a day and want to sleep, rather than when you’ve just woken up from sleep.