When you are obsessed with coffee, you want to be living for it every day. This can translate in watching some amazing documentaries about coffee, taking your knowledge about your favorite beverage to a whole other level. Curious which coffee documentaries are worth watching? Be sure to check out the overview below! 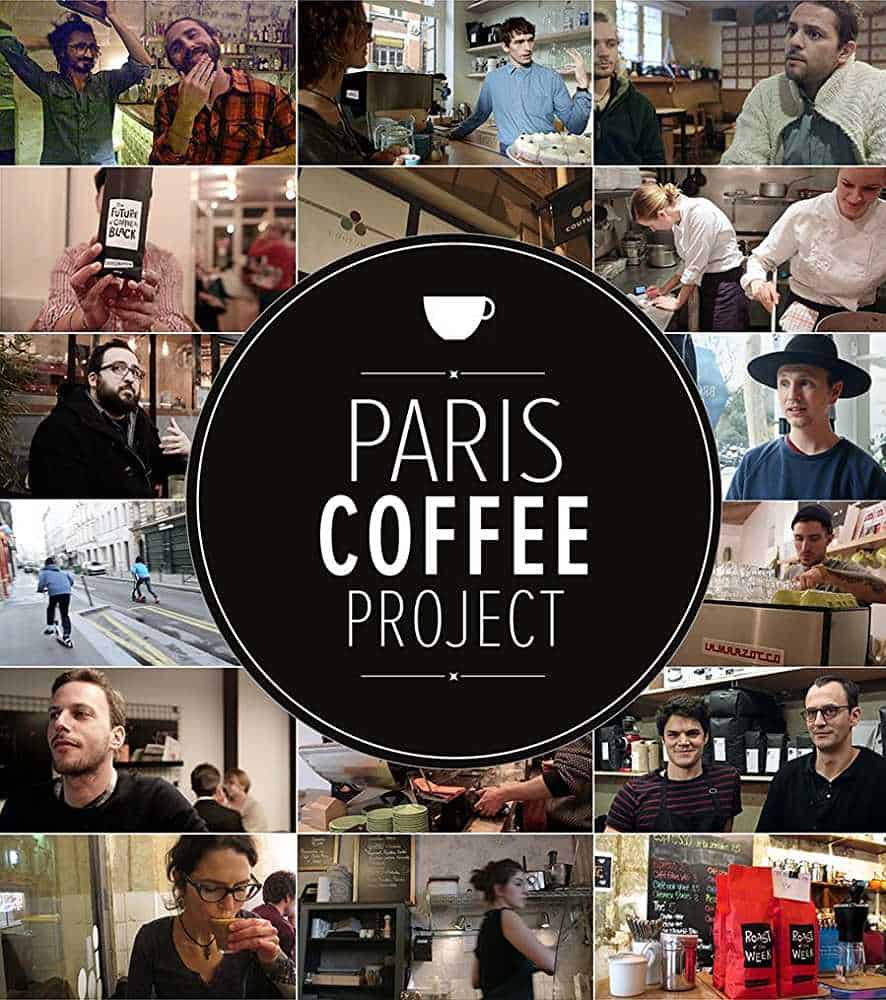 Paris Coffee Project is quite a unique film as it follows the growth of the specialty coffee scene in one of the most enchanting cities in the world – Paris!

Up until a certain point, it was hard to find really good coffee in Paris. That all changed a few years ago when lots of cafes started popping up all over the City of Lights. The filmmakers journey throughout Paris to find these specialty cafes and to discover what makes a coffee truly Parisian.

Watch some of their videos here

2. Barista: The Battle For The Perfect Cup Is On! 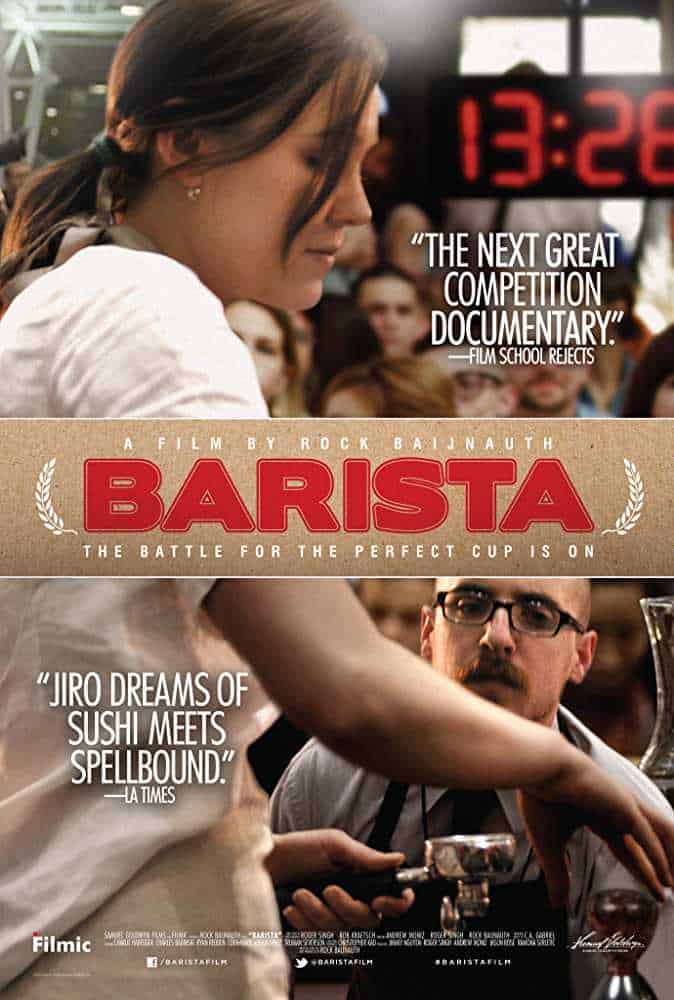 One of the documentaries you cannot afford to miss is Barista, a documentary that follows five baristas before the well-known National Barista Championship. Even if you are quite knowledge about making coffee, this documentary can certainly provide you with new insights and even techniques that can take your coffee game to the next level.

Even though coffee is quite a niche area in terms of hobbies, Barista is a documentary that is available on some of the most popular streaming services. If you want to watch Barista, simply head over to Hulu, Amazon Prime, or iTunes. 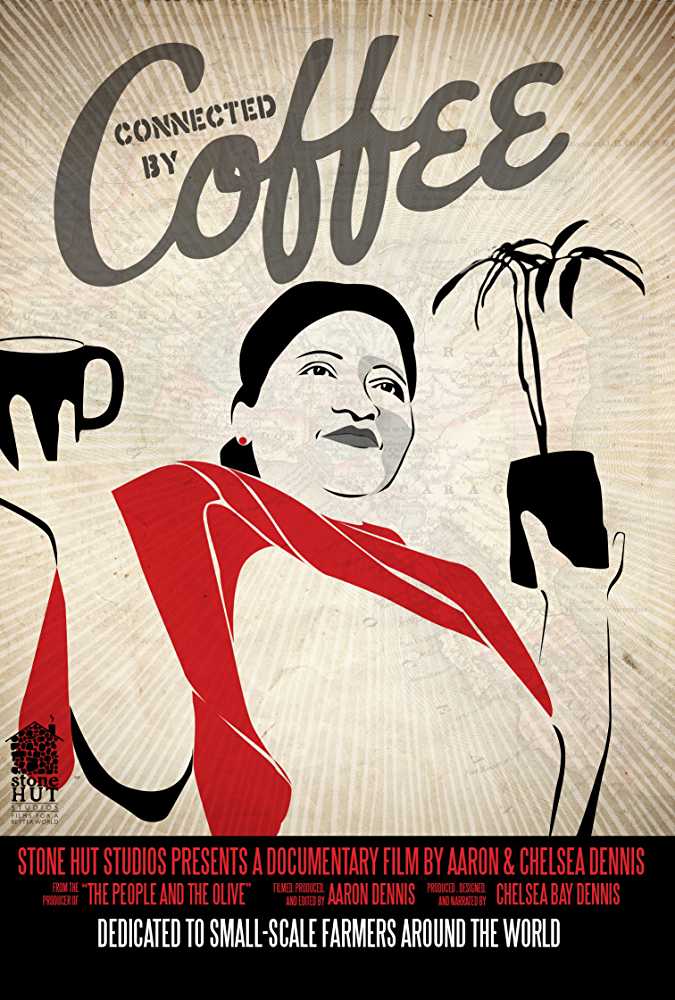 If you are more interested in the origins of coffee and roasting, as well as the farmers that produce the coffee we drink, Connected By Coffee will be the documentary to watch.

Connected By Coffee takes a closer look at the social aspects of coffee production and roasting. The documentary follows the lives of two coffee farmers, covering areas such as Central America, Nicaragua and even Mexico.

A lot of social issues are covered in the Connected By Coffee documentary. It takes an honest look at the principle of fair trade, showing how coffee production affects smaller farmers and their local communities.

Contrary to our previous documentary, Connected By Coffee is not as widely available on various streaming services. However, you can still watch this interesting film on iTunes.

4. A Film About Coffee 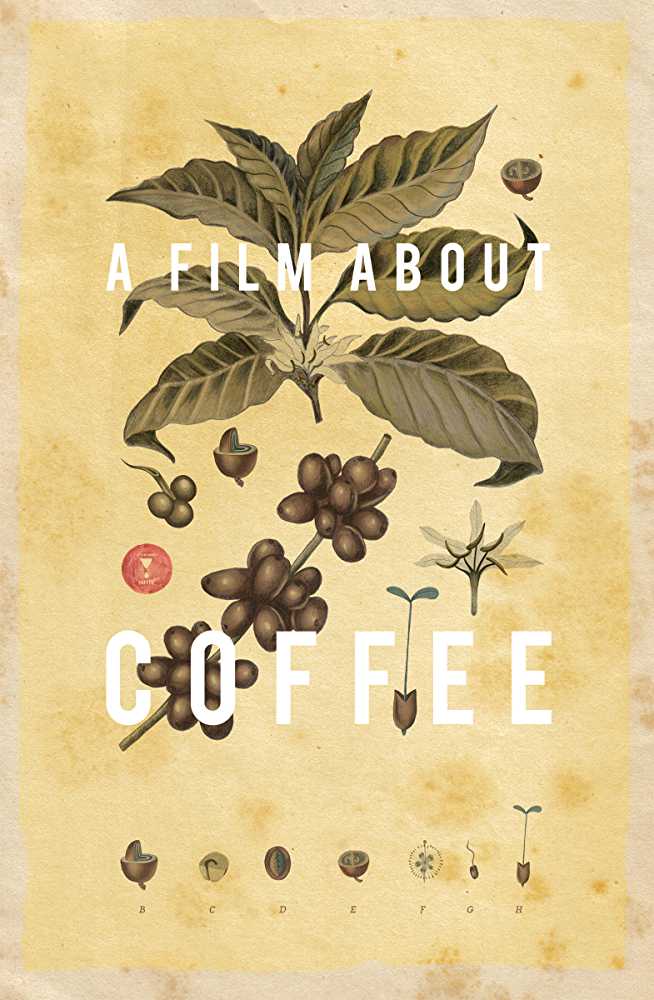 It does not get more to the core than A Film About Coffee. As the title suggests, this glorious documentary looks at how coffee is made from A to Z. It starts from a harvest in Rwanda to the production process in Honduras. It also involves following the lives of the farmer, roaster, buyer, and even the barista who delivers the final product.

A Film About Coffee fits those who love everything about specialty coffee and its origins. If you are interested in the journey of coffee from harvest to production and serve, this will be the documentary to watch. To watch this wonderful documentary, head over to iTunes. 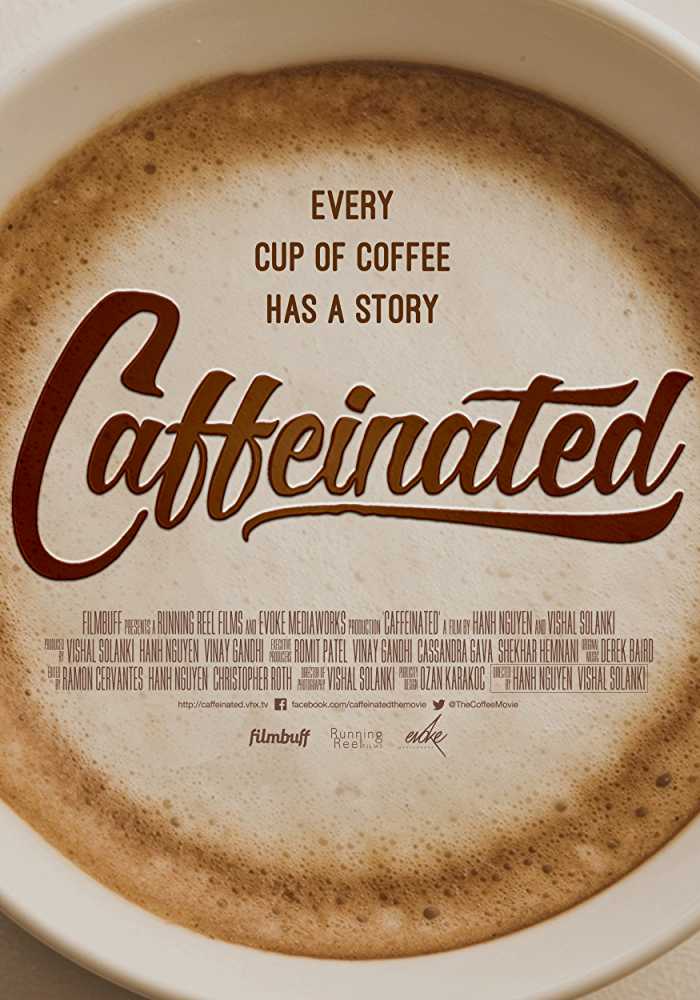 If you love A Film About Coffee, you will adore Caffeinated too. The film is quite similar to A Film About Coffee; this since it also follows the entire journey of coffee. It contains countless interviews with farmers and baristas, talking about a wide range of coffee-related topics.

Because of the variety of people being talked to during this documentary, you will learn everything you need to know about things such as espresso beans, artisanal coffee, and even barista competitions around the world!

Contrary to A Film About Coffee, Caffeinated is a movie that everyone can appreciate. You do not have to be a coffee expert to get something valuable from this documentary. If you are ready to discover more about specialty coffee and its processes, this is the movie for you.

You can watch it on iTunes.

6. A Story Of Coffee 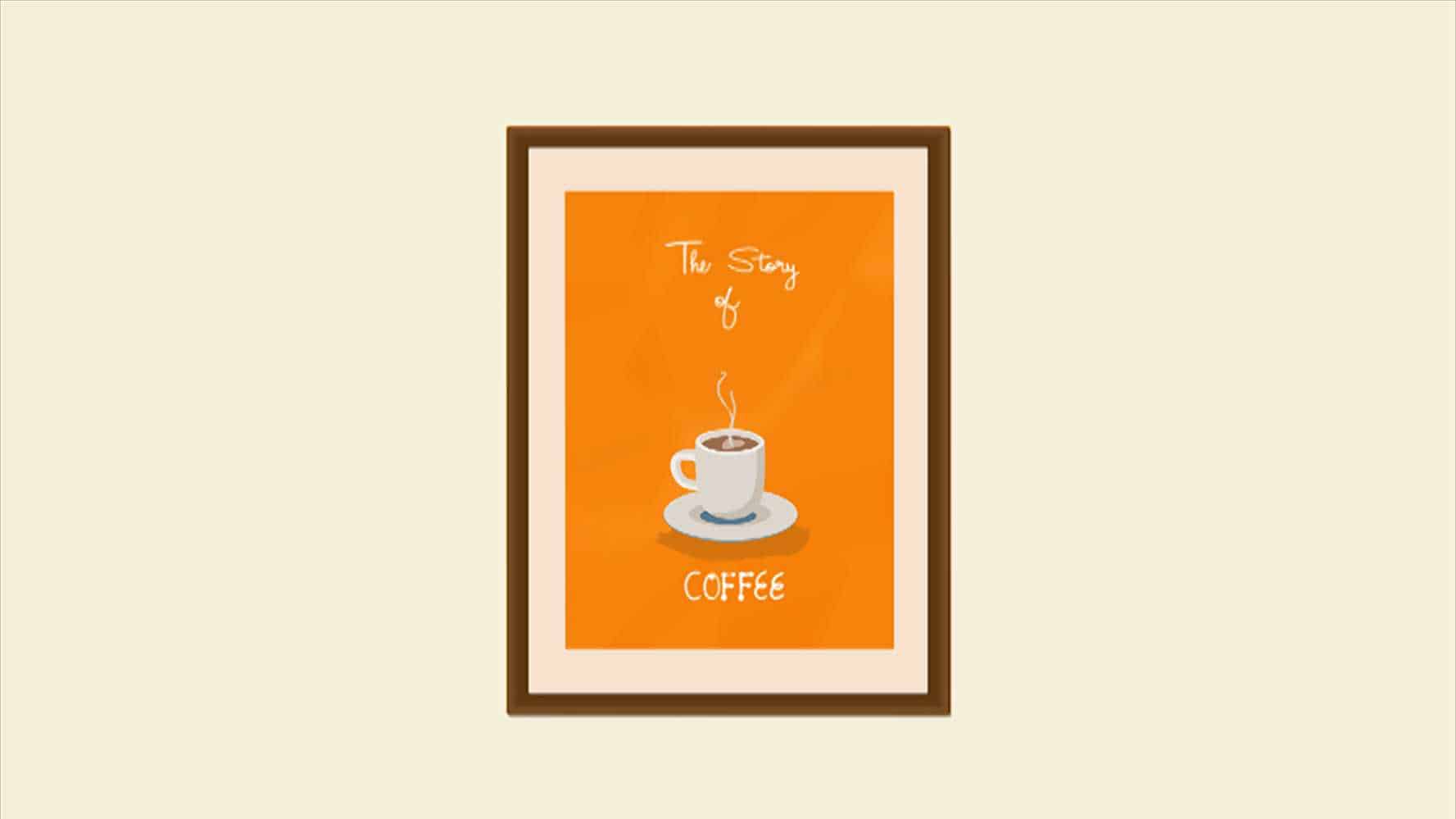 A Story Of Coffee is an interesting documentary that follows the journey of coffee. However, this time the journey starts in Ethiopia, where the coffee is obtained from. You will then travel to coffee houses around the world, introducing you to topics such as roasts, caffeine content and even how you can make the best cup of coffee in your own home.

If you want to watch this interesting documentary, be sure to head over to Amazon Prime.

This is one of the more in-depth documentaries out there about coffee, but also about the people behind coffee production. Black Gold is a documentary from 2006, which follows a union manager from Ethiopia, following the world to get a better price for the coffee beans he produces. Naturally, this documentary touches on fair trade and other relevant topics.

Many coffee lovers are interested in some of the problems that lay behind the coffee production. 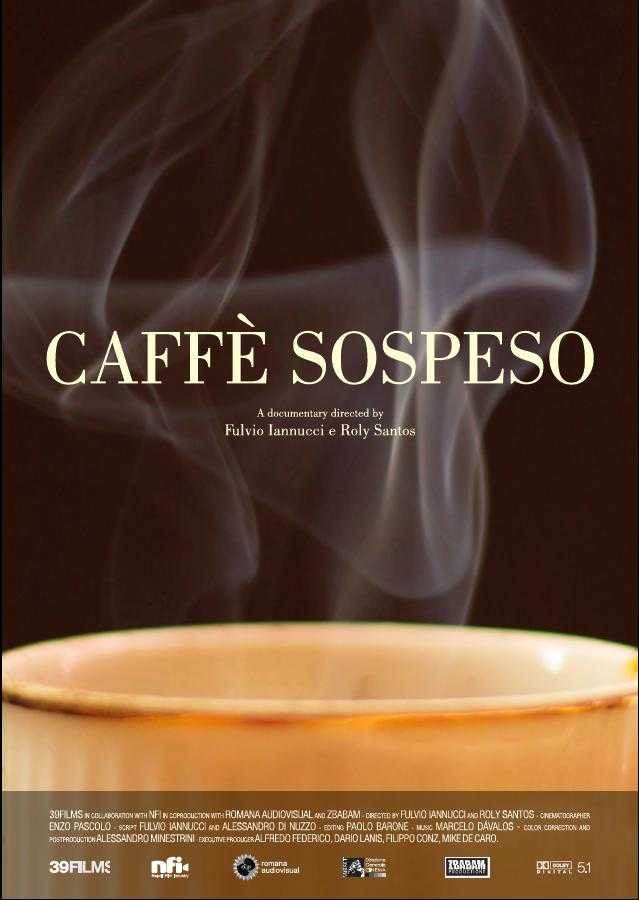 If you are looking for a documentary to capture some of the more unusual yet casual side of coffee drinking, then Coffee For All will be the documentary for you. The documentary looks at a concept called “suspended coffee”, an old tradition that is upheld in Naples, Italy. It is a concept of paying it forward, so this is certainly a feel-good movie that will look at coffee in an entirely new ay.

When you enter a café in Naples, you buy two cups of coffee. One cup of coffee is for yourself, but the next one will go to someone who cannot afford a cup of coffee. The concept is remarkable on its own, as coffee paves the way to warming hearts.

Coffee for all is a documentary currently available on Netflix. It is also available in a variety of languages; this includes Spanish, English and Italian. 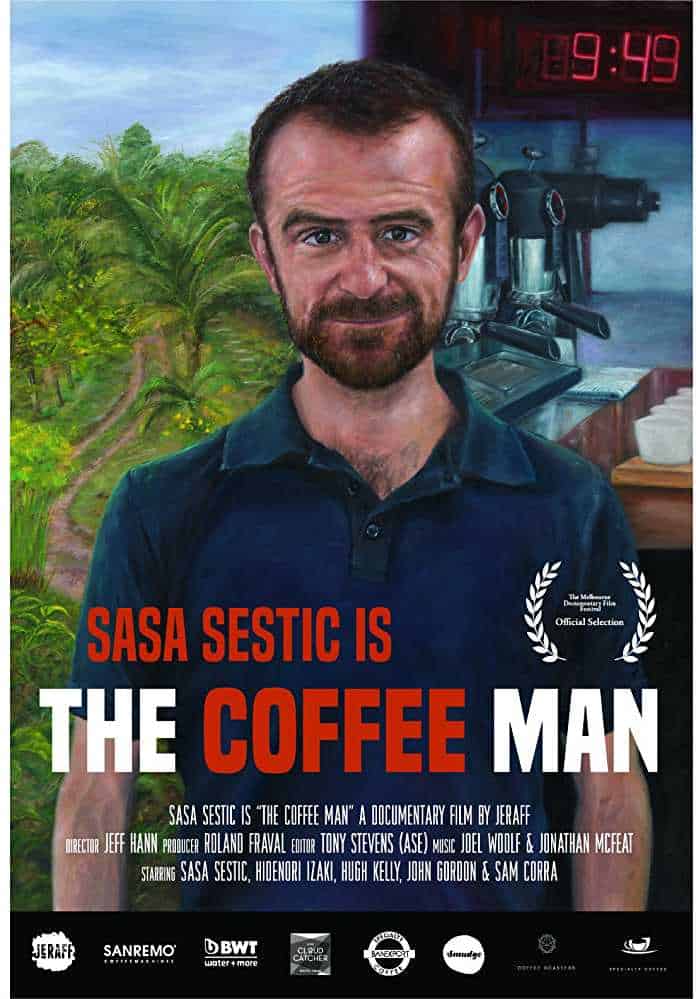 If you love following baristas as they prepare for competitions around the world, you will love The Coffee Man. The movie shares a concept with Barista, as this movie also follows a barista and his journey to become one of the best baristas in the world.

The Coffee Man follows the story of Sasa Sestic, who won the 2015 World Barista Championship (WBC) in Seattle. The competition involved competitors from a whopping 52 countries, so if anyone knows his coffee, this man certainly does. From smuggling Australian milk through customs to get the perfect flavour to doing anything it takes to becoming the best barista, this movie covers all of it!

If you would like to watch The Coffee Man, you can count on various streaming services; this includes iTunes, Google Play, Vimeo on Demand, and Amazon Prime. The movie is available in twelve different languages and still enjoys some big screenings around the world. 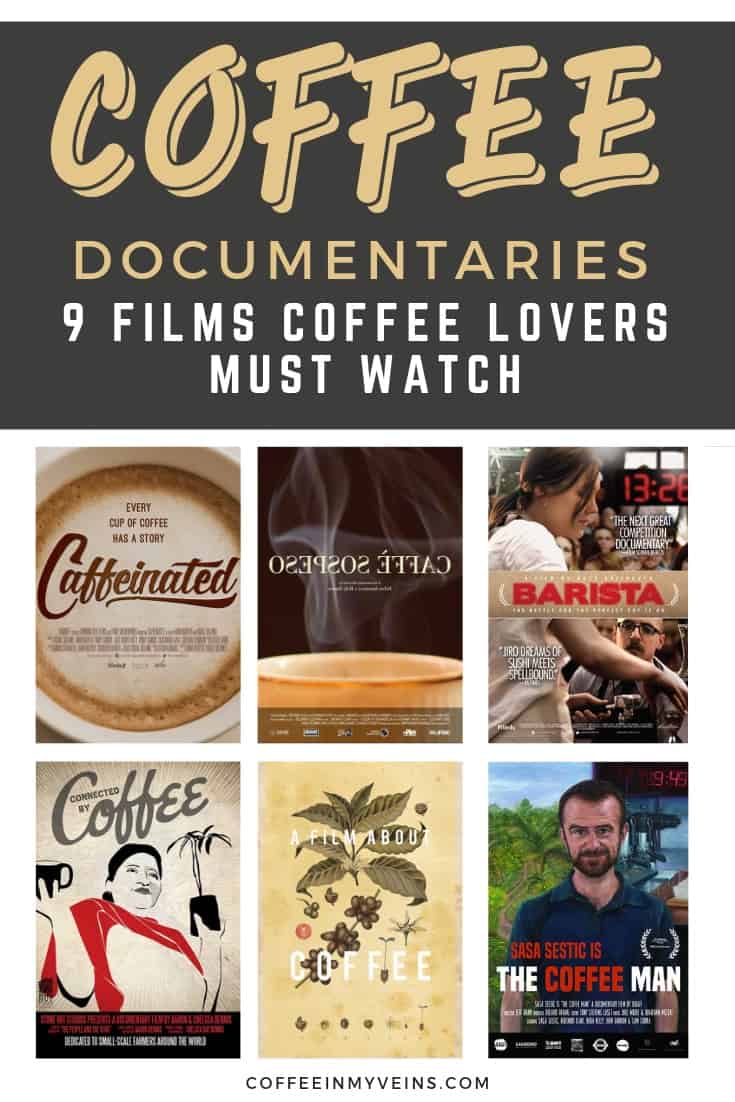