Butter and coffee are two things that you don’t normally associate with one another. But butter coffee is taking the dieting world by storm, and it may be for good reason. If you know someone who is on the keto or bulletproof diet, you may have seen them drink butter coffee or at least extol its benefits.

You may wonder why someone would want to mix an oily, greasy fat like butter(or heavy cream) into their magical brown brew, and how the heck that would taste, but if made properly, you’d be surprised.

There are quite a few benefits in butter coffee and that’s probably why it’s so appealing. 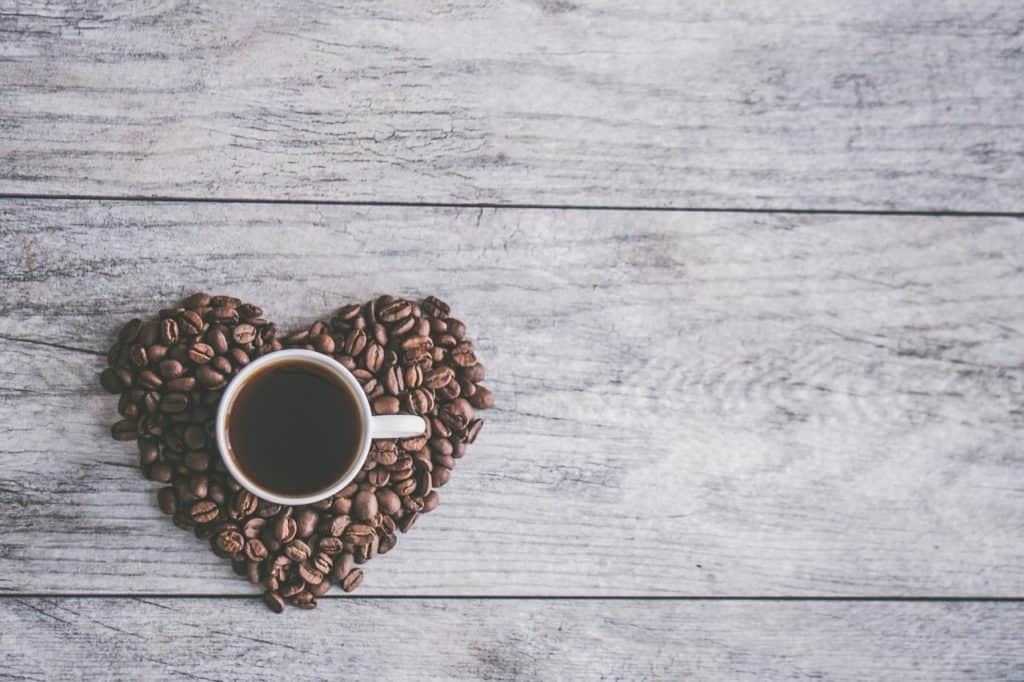 What is butter coffee?

It’s made by blending coffee, butter, and coconut oil(or MCT – medium chain triglyceride oil) together. When blended at high speeds(you can do it without a blender), the butter and oil forms an emulsion in the coffee and you enjoy a frothy, creamy coffee.

The official recipe actually does not use coconut oil – it uses a more refined, quicker-release oil called Brain Octane Oil. This is essentially an oil that has high levels of MCT – 4 times higher than coconut oil, in fact.

Butter coffee is a huge part of the keto diet and the bulletproof diet, which encourages you to eat high levels of healthy fats, moderate levels of protein, and low levels of carbs.

By design, butter coffee is meant to be a breakfast replacement. That means you forgo your usual breakfast, whether it was eggs, smoothies, yogurt, granola, toast, oatmeal, or all of the above, and instead, just have a serving of butter coffee.

Hypothetically, you could have some proteins like eggs or yogurt along with butter coffee, but most people that drink it drink it solo without anything else.

Butter coffee sounds icky, but it actually tastes really nice and smooth, much like a latte you may buy at your favorite Starbucks. Except with butter coffee, you’re consuming far less sugar – zero, in fact. On top of that, instead of paying $3-5 for a cup of coffee, you’re paying pennies instead, since you’re making everything at home.

It’s important that everything gets blended very evenly, as failure to do so will result in a very unpalatable mixture. Even though a froth will form at the top, you’ll soon be greeted with globules of butter dispersed throughout the coffee instead of a smooth drink.

Blended correctly, it’s a really smooth beverage and you just need to drink it without dilly-dallying too much to the point where everything will separate.

However, since each sip is so loaded with fat, you’ll invariably end up sipping the coffee quite gradually, and instead of gulping it down in one go, the best way to enjoy it is take consistent and consecutive sips to finish it off.

The science on how effective butter coffee is for directly influencing weight loss is quite murky at best. On the Bulletproof blog, the weight loss benefits are extolled as canon.

A study has shown that people with higher BMIs(aka fat/obese people) have a higher proportion of gut bacteria called Firmicutes and less of a bacteria called Bacteroidetes.

Thinner people, on the other hand, have higher levels of Bacteroidetes and lower levels of Firmicutes.

To encourage your body to have more of one kind of these bacteria and less of the other, you can’t just eat more of the bacteria – instead, you have to encourage them to reproduce and out-compete the other by creating favorable conditions for them.

Favorable conditions simply means providing them the nutrients that they need. Bacteroidetes need a group of compounds called polyphenols, which are found in brightly colored vegetables, chocolate, and of course, coffee.

The liver makes fasting-induced adipose factor(FIAF), which regulates whether or not fat is stored or burned for energy. If your diet is high in sugar and carbs, the FIAF is tamped down by your gut bacteria and you hang on to fat instead of burning it.

In the absence of carbs and sugar(such as on the Bulletproof or Keto diet), gut bacteria ramp up FIAF production and you start burning fat.

Bacteroidetes come into play here because the more you encourage them to reproduce, the more FIAF they’ll produce and the more fat you will burn.

Fun fact: Did you know that you have over a pound of bacteria in your gut?

If you’re nodding your head in agreement, having gone through the same thing, there’s actually science behind it. When you eat a high-carb breakfast, your body has to produce insulin to break down the carbs and sugars. This causes your insulin levels to spike.

That’s why you end up feeling hungry again very soon.

When you drink butter coffee, you’re substituting the sugars and carbs with fats, which slows down digestion in general. Because the digestion is slower, the fat is absorbed and/or broken down much more gradually, never really giving you the opportunity to feel hungry again until it’s all used up.

With butter coffee, people have found that their hunger pangs are satisfied for at least 5-6 hours before feeling hungry again.

Granted, there is no confirmed study that shows that medium-chain triglycerides(such as those found in coconut oil) is guaranteed to influence weight loss, the general logic is that if you eat less due to feeling less hungry, you’ll go into a calorie deficit and lose weight.

Diets high in healthy fats(such as those you’ll get from butter coffee) are necessary for maintaining proper body function. Healthy fats help generate healthy hormones and cell membranes, and these membranes – when healthy – keep the cells in tip top shape.

One type of cell nourished by these fats are skin cells – they remain more elastic and retain their glow a lot longer when they have the proper nutrients.

Additionally, coconut oil also has anti-bacterial and anti-fungal properties(which is why some people like to use it as a personal lubricant as well). 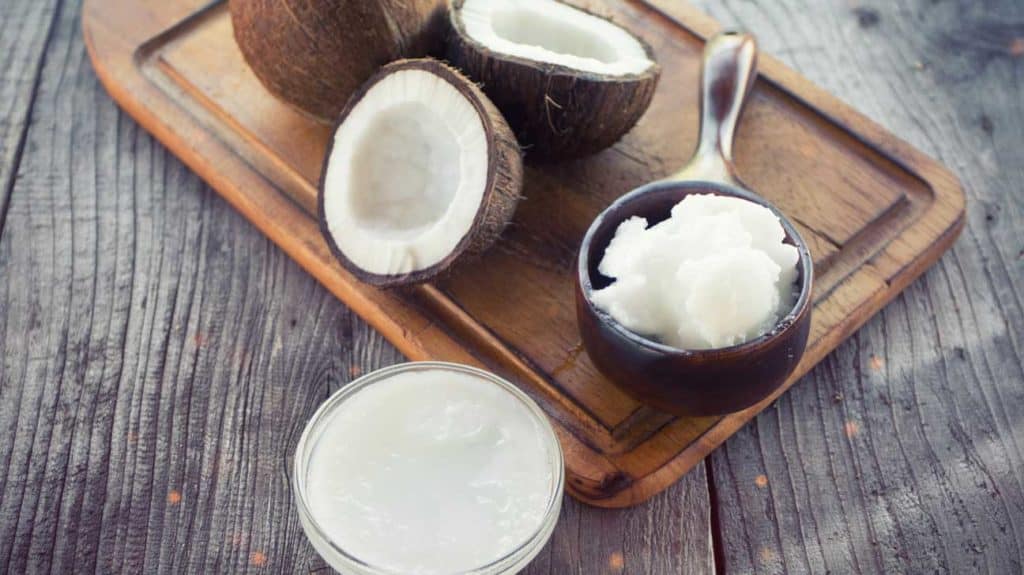 The MCTs in the coconut oil you put in butter coffee are unique among fats as they’re actually metabolized quicker. One study has even shown that surgical patients given MCTs had a better insulin response than those who were given LCTs, so their bodies were able to metabolize the sugar into energy much faster.

A recipe for butter coffee

Making butter coffee is super easy. First, brew 12 to 16 ounces of coffee. You can brew this using a percolator, a drip machine, or a french press – whatever works for you.

You could use instant coffee but it will taste terrible so I really recommend not using it at all.

Use a good flavored bean/roast that you like, and once you have your 12-16 ounces of coffee ready to go, pour it into a blender.

Tip: Keep the lid off of the blender for a couple of minutes so the coffee cools a little bit.

How to do it

Blend it for at least 30 seconds to 1 minute so everything gets mixed nice and evenly, and the result should be a light brown, bubbly, frothy liquid.

You can add cinnamon as a garnish for some extra flavor.

Pour out into a cup and enjoy!

Related: You can also mix an egg coffee

Which butter to use

In the United States, a good brand of grass-fed butter is Kerrygold.

Can you make butter coffee without a blender?

To make butter coffee, you will need a blender. You can try making it with a shaker bottle, but the result just won’t be as good. Instead of a frothy, creamy beverage, you’ll end up with oily, black sludge.

The key to getting the right consistency and smoothness is the speed at which a proper blender can mix everything. The butter and oil is split up into really tiny particles which are then dispersed throughout the liquid, making it nice and consistent.

It should be worth noting here that even a stick blender won’t do the trick – you must use a proper blender. Also, it’s helpful that the blender is made of a plastic that can handle hot liquids.

If you have some doubts, you can check out our list of the best blenders for bulletproof coffee.

If you’re not used to having so much fat in one go, you may find that your stomach gets a little upset. To get around this, it’s better to start with one or two teaspoons of butter and coconut oil and gradually increase as your body gets used to the fat.

Additionally, you’ll end up consuming a lot more saturated fat than normal. If your diet is already heavy on animal proteins like red meat and dairy, you’re already taking in a lot of saturated fat.

While saturated fat is not always bad, it is often associated with an increase in cholesterol levels. Even though you’re consuming mostly healthy fats, some people do not respond well to this and end up seeing increased levels of LDL cholesterol(the bad cholesterol).

Overall, though, these diets have been associated with higher levels of HDL cholesterol, which is the good kind.

Missing out on nutrients

Since butter coffee is designed to be a replacement for your breakfast, you’re going to miss out on nutrients that you would have otherwise gotten from your yogurt, smoothie, egg, or whatever you had for breakfast.

Unless you get these nutrients from other meals throughout the day, chances are you may miss out.

Why you may want to avoid butter coffee

If you or your family has a history of heart disease, you may wish to reconsider or at least be very careful with butter coffee since you are increasing your saturated fat intake.

To be on the safe side, before you start, it’s best to consult your doctor and get your cholesterol levels measured. This way you know if it is safe for you to start this diet or not.

Even after you start, it’s helpful to measure your levels in 2 to 4 weeks to see whether or not this diet change has had any impact on your cholesterol levels.

If you’re ever in doubt, always consult your doctor. DO NOT look to the internet for medical advice.

Conclusion: should you drink butter coffee?

At the end of the day, you need to consider what your current lifestyle is and whether butter coffee will fit well into your diet or not.

While it certainly does keep you full for longer and gives you a boost of energy, you’re forgoing nutrients that you may not be getting later, and you’re also drastically increasing your intake of saturated fats.

How much butter do I put in my coffee?

The original Bulletproof recipe calls for 1 tablespoon, but you can go a little bit above or below if you want.

How to make coffee with butter and coconut oil?

Making coffee with butter and coconut oil is pretty much the same as making coffee with just butter. Just add both ingredients to your coffee and blend away! Go easy if it’s your first time. The idea is to gradually add the fats so you don’t get overwhelmed by the taste.