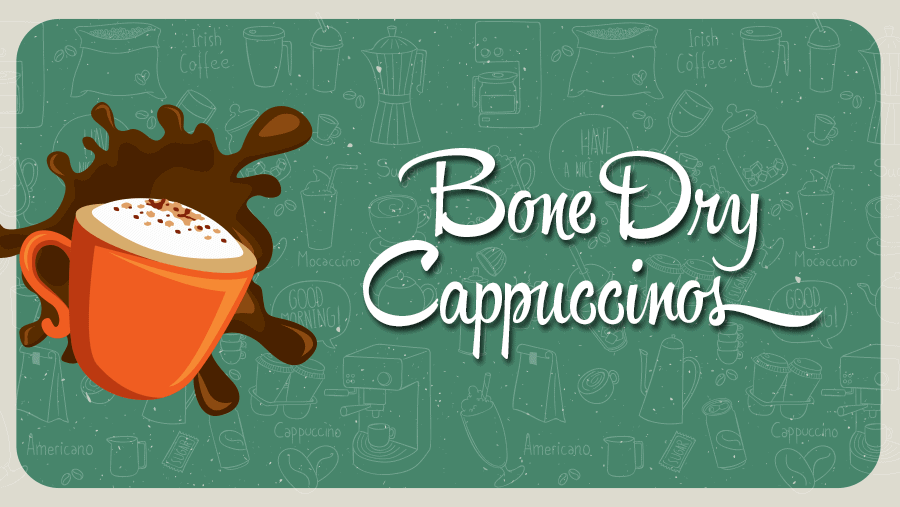 Coffee – being referred as “humanity’s favorite drink” is the most consumed liquid after water. A large portion of the world’s population starts and ends their day with a cup of coffee. The most prominent reason for this “addiction” must be the effects coffee has on the human body, especially the brain.

Coffee is a major source of anti-oxidants, stimulates the central nervous system, and decreases the risk of type 2 diabetes. In addition to its health benefits, it is widely preferred for its taste and odor.

It is because of these reasons that coffee lovers and coffee culture has evolved to a great extent. Some of the leading coffee houses offer a wide variety of differently prepared coffees, the most common being cappuccinos, lattes, and mochas.

What is a cappuccino and what is its origin?

According to baristas, “a regular cappuccino is one-third espresso, one-third milk, and one-third foam”.

To understand a cappuccino it is necessary to understand espresso. Regular brewed coffee is obtained by boiling ground coffee in hot water. Espresso, on the other hand, is obtained by forcing steam through the coffee grounds. The result is a very concentrated coffee. To put it simply, espresso is to coffee what vanilla essence is to vanilla.

Cappuccinos are believed to have originated in Italy in 1700s. They were commonly known as “Kapuziner” then. ‘Kapuziner’ took its name from its distinct dark tint of brown color, nicknamed so because the Capuchin monks in Vienna and elsewhere wore robes with this color.

Even today you will find many people in Italy lining up every morning in bars before steaming coffee machines for their first serving of the cappuccino, possibly returning for another cup at late evenings.

Some believe steamed milk on the top is a later addition, and was missing in the original ones, where it was mostly concentrated espresso. They say that this marks the difference between “Kapuziner” and modern day “Cappuccino”.

This variety of coffee spread after the Second World War – outside Italy to the whole of Europe. It had a lasting effect on United Kingdom because British had a custom of drinking coffee with milk and cappuccino facilitated equal portions of both. With the emergence of modern coffee machines, which were able to steam and froth the milk and allowed preparing espresso as well, cappuccino spread largely to whole of the world.

It’s the foam that marks the difference between these three preparations.

There are many reasons why majority of cappuccino lovers prefer foam over milk. Most prominently – in the bone dry, all-foam preparation the espresso is more dominant and not weakened by the steamed milk.

Secondly thick layer of foam on top of the drink allows the coffee to stay hot for a longer time.

Some even say that foam is a perfect canvas for making latte art, while others believe that foam just helps the Cappuccino stay together. Some are simply attracted to the exotic texture of the beverage.

“If it weren’t for foam, what fun would espresso with milk be?

Foam is not only what gives us the warm and comforting feeling while tasting a beautiful Cappuccino – but it also is what lets us have beautiful designs on top of those drinks.”

Where is it most popular?

Cappuccinos are largely the taste of Europeans, Australians and Americans. But they are gaining popularity all over the globe. They are consumed throughout the day in coffee houses (except in Italy), served commonly in 150–180 ml cups.

Italy – where the cappuccinos are believed to originate  from – the people there will consume it specifically twice in a day, early mornings with breakfast and in late evenings. The second serving of cappuccinos in a day for Italians is mostly after dessert. This is necessarily a Dry one, preferably Bone dry, due to the belief that lack of milk aids in digestion.

Bone Dry Cappuccino is a delicacy in its own. You will find very specific people who will drink a Bone Dry only – regardless of its price and time. To add to your surprise – some of the Bone Dry fans prefer to prepare it themselves, in their specific coffee machines, blaming the coffee houses for their lack of precision in preparing a specific Bone Dry.

How to prepare it?

The art of making a Bone Dry Cappuccino is exotic. Though it takes a little more effort and material – the product is worth consuming.

Most cafes won’t serve you a bone dry cappuccino without asking for it. Why?

Because Bone Dry cappuccinos are a little difficult to prepare.

To make a 16-ounce bone dry drink, your barista would easily have to steam 32-ounces of milk. (Note: 1 ounce is around 29 grams).

But that gives you the opportunity to prepare your delicacy yourself. As long as you have a good coffee machine and the right ingredients, you can make your own “bone dry” at your own comfort. Below is a very simple three step guide which will help you prepare a Bone Dry Cappuccino.

Step 1: Steaming and Whipping the Milk

Take a cup of milk. Allow it to simmer at low heat until you see the first bubbles forming at the sides. These are known as micro bubbles because of their tiny size. Take away your vessel of milk immediately from the heat and don’t allow the milk to boil. After heating the milk whip it with a whisk or a mixer. After a moment of whipping you will see the foam beginning to appear. Continue whipping it – now with more speed – until you have a substantial amount of Foam.

Brew the ground coffee in a coffee machine. Remember you need to take three portions of water and one portion of ground coffee. For example you need 6 ounces of water per 2 tablespoons of coffee.

Step 3: Add the Foam into the Espresso

Top your brewed coffee with the foam you left aside in step one. Remember a bone dry cappuccino doesn’t need any milk. What it does need is a lot of foam and espresso. Do not pour any left aside milk from the one you have whipped. Just skim the foam and put it over espresso and you are done.

You can always personalize your Bone Dry Cappuccinos by adding flavors. Caramel, chocolate, cinnamon will enhance its aroma, appearance and most importantly its taste. You can drizzle something sweet on top of the foam for a neat little design.

(Hint – If you are making Bone Dry for your partner, surprise him or her with a heart or a lovely message decorated on the foam).

Finally after all the preparations, you can taste your Bone Dry!

Bone Dry Cappuccinos taste is more on the bitter side. Secondly as no milk is added the natural sweetness of milk is avoided, which otherwise would fade the strength of coffee beans. You can add a little amount of sugar if you like things sweet. It will not harm the strength.

As the serving is mostly espresso the taste is quite concentrated. Secondly the dryness of foam structure – because it is mostly air, gives the coffee a distinct texture and feel to your lips, in contrast to the traditional hot drinks.

A little bitter taste and more concentration of espresso make the best Dry Bone. Try once and you will feel sudden gush of freshness and charge as the coffee travels through your veins!