Arabic coffee is one of the most original ways to drink coffee, and coffee lovers should definitely try it at least once. Though it’s best enjoyed in a traditional Arabic cafe, you can also make it at home. 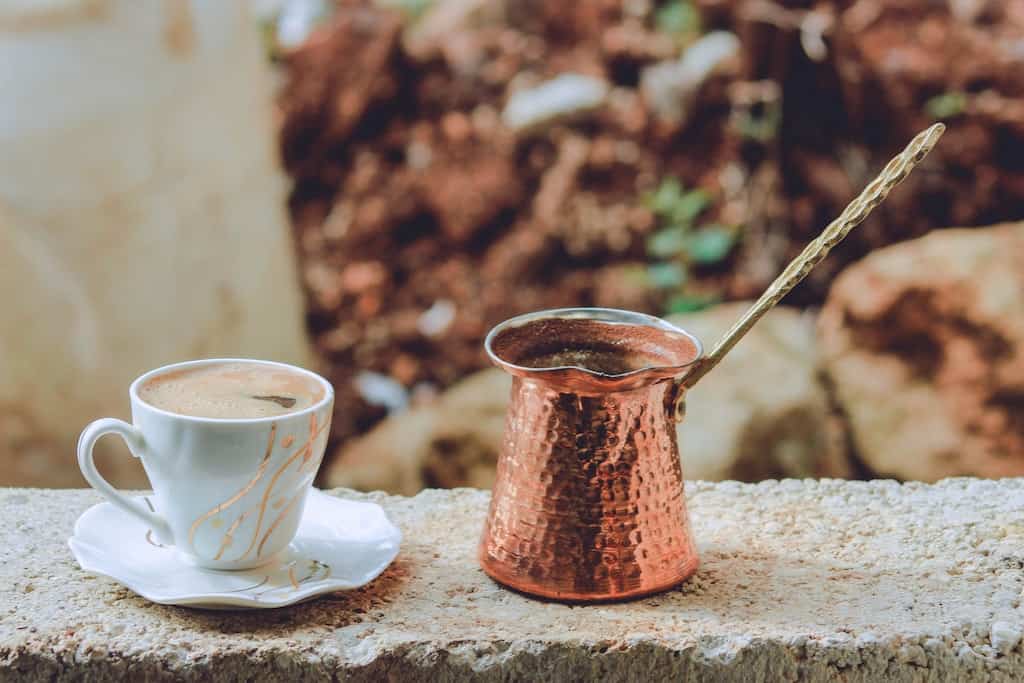 Traditionally, preparing Arabic coffee is a process steeped in tradition. There are many variants of Arabic coffee: you have peninsular Arabic coffee which you’d find in Saudi Arabia and Yemen, there’s Egyptian and Levantine coffee, and there’s also the close cousin, Turkish coffee.

It is made using very finely ground coffee beans and aromatic spices, most notably cardamom. Some preparations add sugar or sweeteners as the coffee is brewing, where others can be had bitter.

It is served in tiny shot-style glasses. There is also a specialized pot used in making it called a kanaka or dallah.

How to make Arabic Coffee

Arabic coffee does not really need any specific type of bean or roast. Mostly, though, you’ll find Yemeni or Ethiopian coffee and it will be lightly roasted. The lighter roast supposedly contains more caffeine(though there is some doubt about that), and the grounds are very fine and soft, almost to the consistency of icing sugar.

For an authentic brew, you’ll need to get yourself a kanaka or dallah. You’ll also want the fenjan style cups (they don’t have handles, which makes them look really cool).

In a saucepan, add coffee, water, cardamom, and optionally, sugar, cinnamon, and saffron. Let the mixture come to a very gradual(think low to medium low heat) boil and wait for the grounds and oils start collecting at the top of the pot. Once this happens, the coffee is ready and you can remove it from the heat.

Don’t let the pot overflow! In superstition this is considered bad luck 🙂

Pour the whole mixture into the dallah for serving – you don’t need to filter it.

As the dallah rests, the sediment will settle to the bottom and when you pour it will be like decanting a liquid into a cup. Don’t worry if a little residue gets in, though, as that’s normal.

The best way to enjoy this coffee is paired with dates or sweets like Turkish Delight. The bitterness of the coffee will be offset by the sweetness of the dates.

Which beans to use

Arabic coffee is quite flexible when it comes to beans. You can use any arabica bean of your choice. For best results, choose a light to medium roast, since that’s what was traditionally done.

You could use robusta beans but you just would not get the flavor you’re looking for. Yemeni or Ethiopian coffee would certainly be the most authentic way of brewing, but feel free to use beans grown anywhere.

The combination of coffee and spices is really what makes good qahwa.

Arabic coffee should not be confused with arabica coffee!

Arabica coffee refers to a species of the coffee bean. It got the name because it was first discovered in Arab countries, but today, arabica coffee is grown all over the world.

The other kind of coffee bean is the robusta bean. The main difference between the two is that robusta is cheaper and easier to grow, has higher caffeine content, but duller flavors, whereas arabica is a more sensitive plant but has much richer flavors.

Most of the craft coffee roasters either use pure arabica beans or mix in a few robusta beans to add some caffeine and bitterness.

The origins of coffee are from the highlands of modern day Ethiopia and Yemen. Coffee is grown best at altitudes, so those mountainous regions were the best places for the plant to thrive.

Legend has it that a goat farmer discovered coffee when he saw that his goats were a lot more energetic when they ate the berries of a particular bush(that’s the caffeine kicking in!).

He tried it himself and found that he felt a boost of energy too, so he ended up taking it to the local monastery where he’d eat the beans to stay awake during long nights of prayer.

The monks initially considered the berries a narcotic, and since narcotics were not permissible in Islamic tradition, they tossed the berries into a fire.

As the beans roasted, they gave off a wonderful smell and the monks decided it was not that bad after all and gave it another shot!

Legends aside, the earliest mentions of coffee are indeed from texts found in Yemeni monasteries. From Yemen, coffee spread in the 15th century north towards Mecca and Medina, and eventually found itself in Egypt, Syria, and Turkey.

In Arab countries, coffee is a very social drink. Much like you’d expect to find folks in bars in western countries, the idea of a “watering hole” in Arabian countries is the coffeehouse.

You’ll also find that coffee is a pretty much perpetual drink in this region. Back home, you may expect people to avoid coffee during afternoons to avoid messing up the sleep cycle for the night, but that’s not the case here. You can find coffee being enjoyed 24 hours a day, 7 days a week!

If that sounds like your thing, consider visiting Egypt 🙂

Coffee is also a welcome drink in many homes or places. When you go somewhere, you’ll often get greeted with a small cup of coffee. It’s barely a gulp, but someone will usually keep coming around and refilling until you ask them to stop.

In some Arab cultures, the appropriate amount to drink is 3 cups, after which you politely say thank you and decline, and say a prayer for the host, usually on the lines of “may you always be able to serve coffee”.

The connotation behind that is may you always have a house and may guests always come!

Since the two regions are so geographically close and culturally similar, Arabic coffee and Turkish coffee are quite alike in many ways.

Both are prepared using the same superfine ground coffee(get a good grinder to achieve this consistency), boiled in a small pot, served in small cups, but the key difference is in the spices. 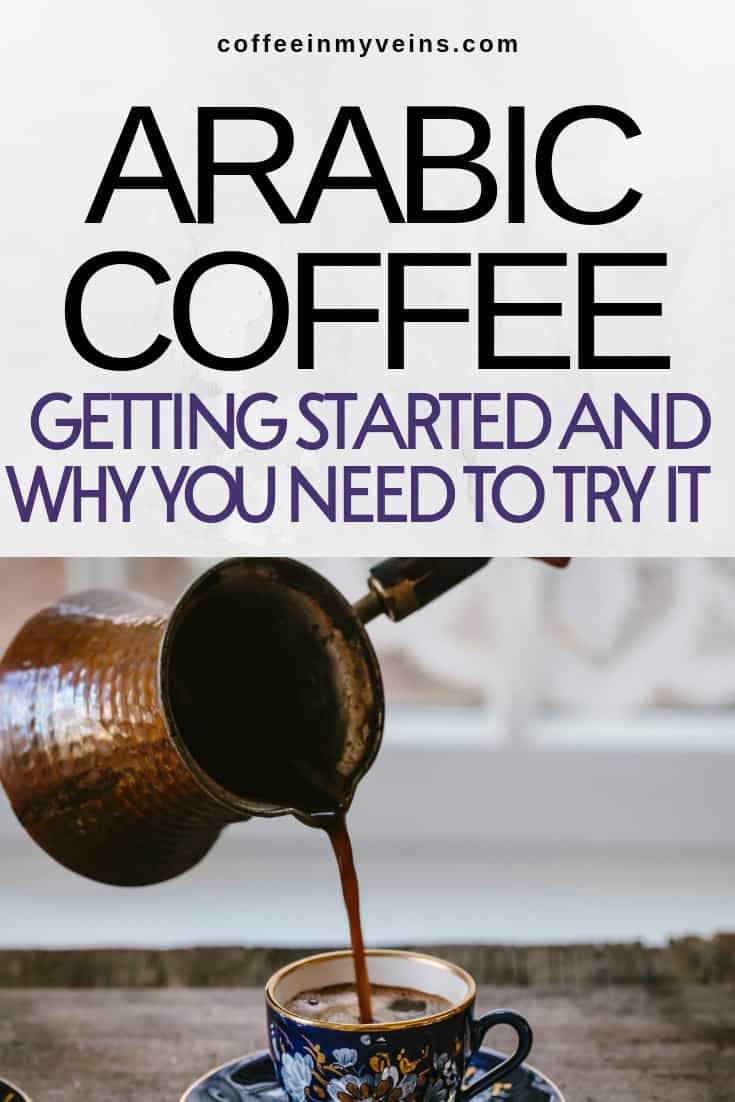